A few years ago we saw a prototype for a robot with gecko-like pads, allowing it to stick to and move on uneven and vertical surfaces. A group of Stanford students made two robots with the same inspiration, but this time instead of settling for wall-climbing, these tiny robots are designed to drag objects that are a hundred to two thousand times their own weight. 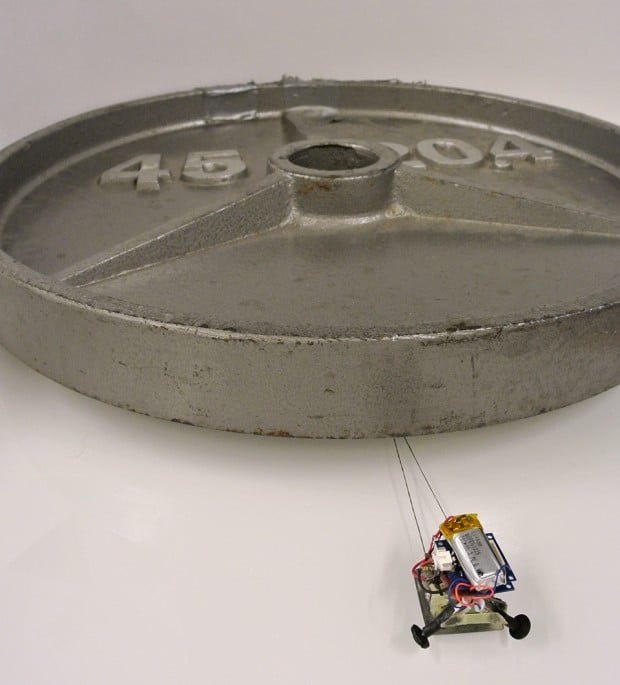 Stanford students David Christensen, Elliot Hawkes, Arul Suresh and Karen Ladenheim developed what they call µTugs or MicroTugs. The robots’ sticky power comes from a pad of foam with microscopic teeth. The teeth makes the robot stick only when it’s being pulled in one direction. This allows the robot to pull large loads yet lift itself forward without being marooned by the adhesive. 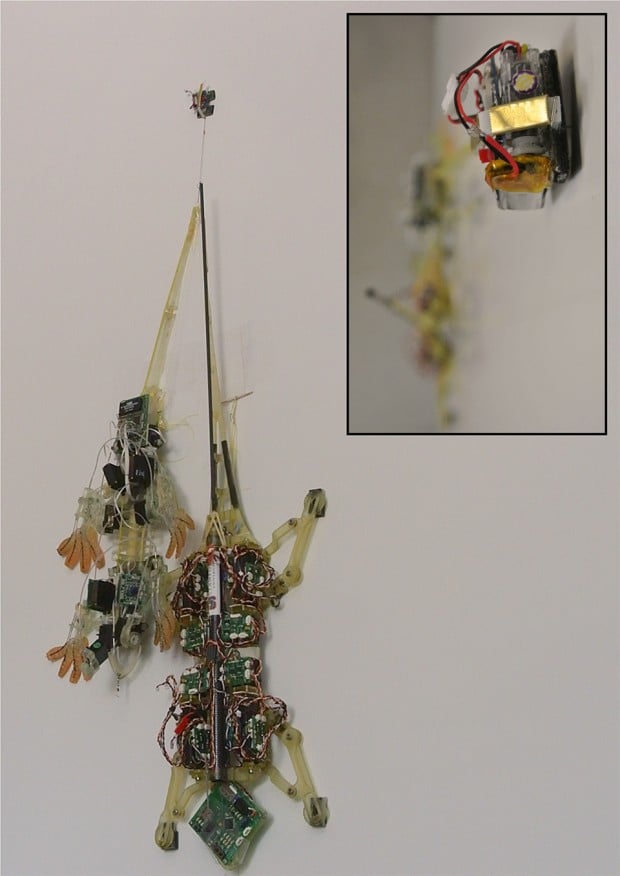 The group made two types of MicroTugs. The first type drags loads up to 2,000 times heavier on a horizontal surface, “the equivalent of a human adult dragging a blue whale around on land.” The video below also shows other variants of the robot:

The second main type of MicroTugs can pull objects up to 100 times its weight along a vertical surface, “equivalent to a human climbing up a skyscraper while carrying an elephant.” The video below also explains how the robots’ adhesive works:

The engineers hope that their research will lead to swarms of robots that can move extremely heavy objects. Because of their power, the robots can easily be saddled with additional hardware, such as sensors that enable them to react to their surroundings and switches that let them move objects in more than one direction. I wonder if the adhesive can be incorporated into human equipment as well, like boots or vehicles. Head to Stanford University’s Biomimetics and Dexterous Manipulation Lab page for more on the MicroTugs.

[via New Scientist via Laughing Squid]