This studio apartment built to look just like Star Trek’s Voyager is for sale in the United Kingdom. And it is not located in London’s Delta Quadrant. 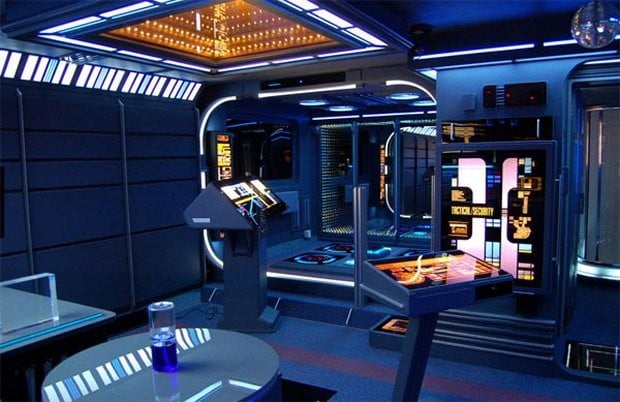 The small apartment is in Hinckley, Leicestershire and was created by Tony Alleyne. He converted the place after his wife left him. He built it to look like the USS Enterprise first, but it was too boring for him so he went full Voyager on the flat, with the exception of the transporter control deck, which is modeled after the Next Generation era. The windows are even blocked and constructed to look like you are looking out into space too. Nice touch. 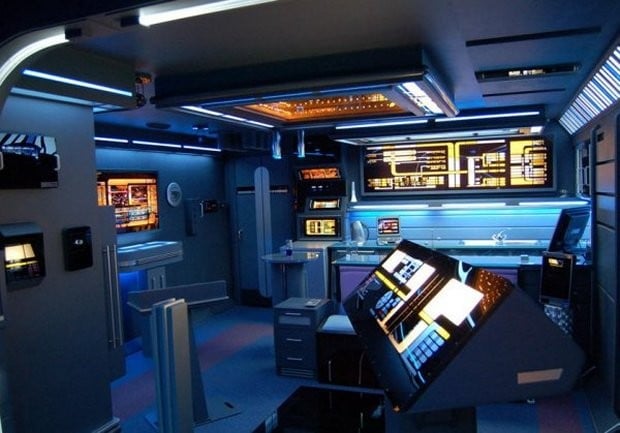 He spent about £4,000 (~$6,300 USD) on the materials and did the work himself, which is pretty impressive. The place looks amazing. You may have even heard about this place in the news back in 2012, when Alleyne’s wife was trying to have the apartment sold as part of the divorce settlement. Well, it never got sold then, but now it is listed for sale at £70,000 ($110,000 USD)

Man I wish I lived in the UK. I would buy it.