Luigi doesn’t get enough credit. Without him, there would be no Mario Bros. So it’s cool that he has a tribute of his very own with this Illuminated LEGO Luigi Sprite Portrait by Julius von Brunk. 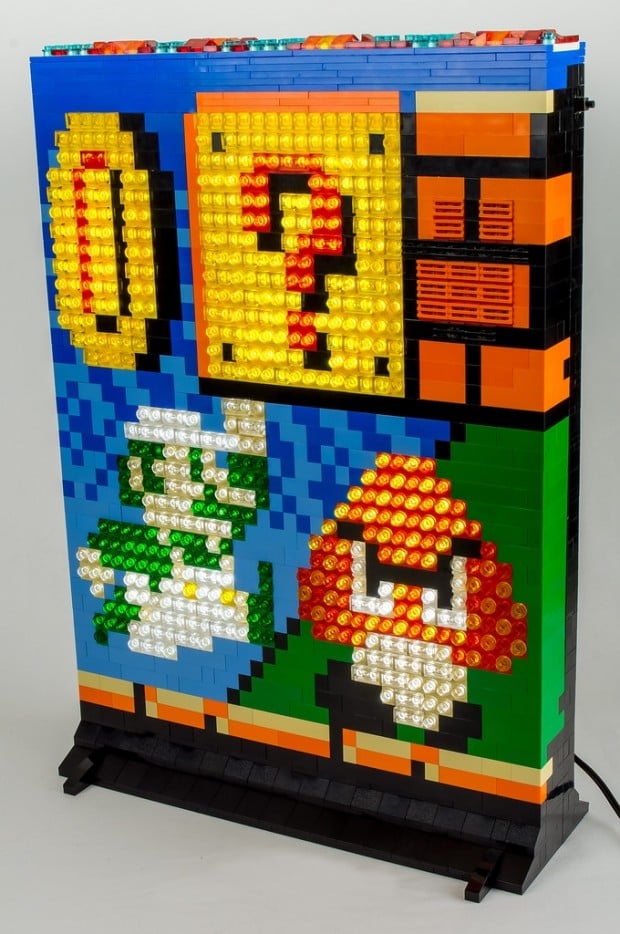 This complicated LEGO portrait uses a “grid of flat LED panels fastened on to the rear door, with a 16 Ohm speaker attached as well. Controlling the whole circuit is a homemade circuit board with an Atmel ATmega328P as the central brain, containing an Arduino code for playing the music and activating the lights. The biggest technological feat for this project is how I successfully managed to control the 12V LED panels through a small 5.5V AVR, through the help of transistors.” 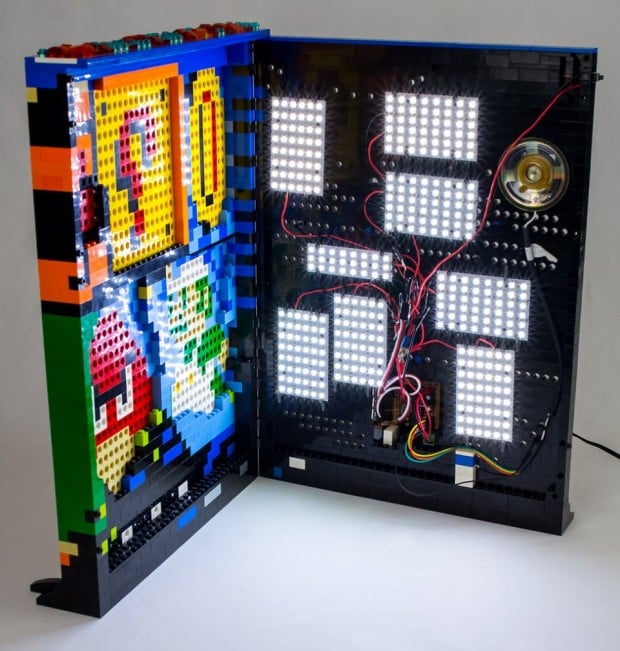 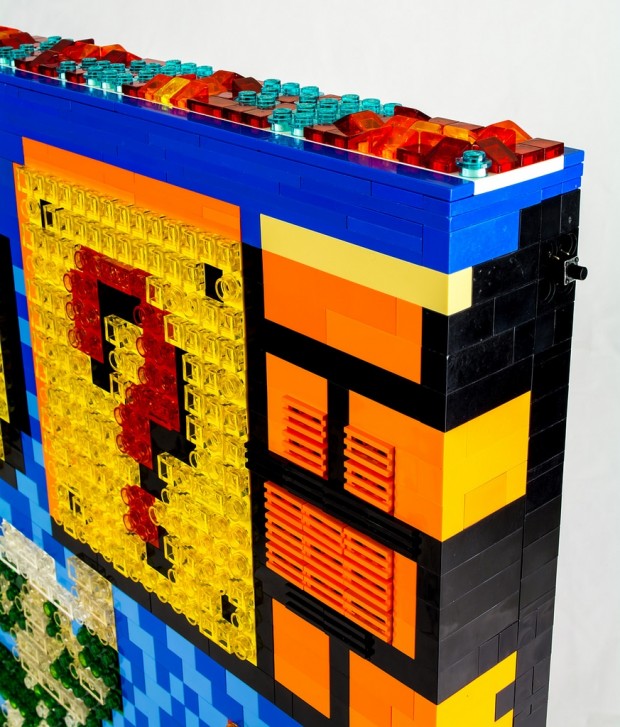 I’m glad he said all of that. All I know is that it is colorful, shiny and made with LEGO. A true geek work of art that I would love to have in my own home.