If you’re a football fan, you want to be plugged in to your favorite teams wherever you go. DirecTV’s Sunday Ticket TV is designed to offer NFL games streamed to all of your digital devices so you don’t miss a minute of the game. The service requires no satellite, instead working on your mobile device, laptop or game console. 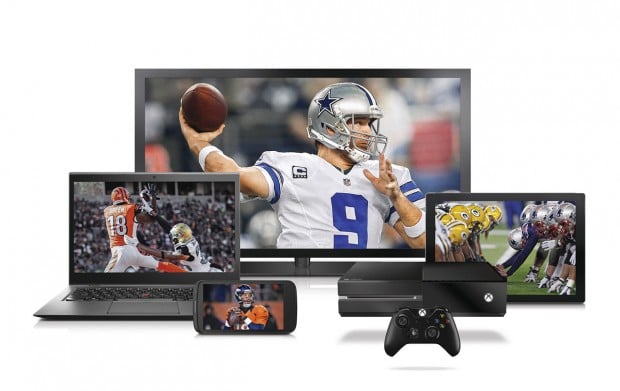 I recently had the opportunity to check out the Sunday Ticket TV service, and overall was pleased with my experience. The service provides live streaming of every out-of-market NFL game, every Sunday afternoon. You can also watch live streams of the NFL Red Zone and Fantasy Zone shows. 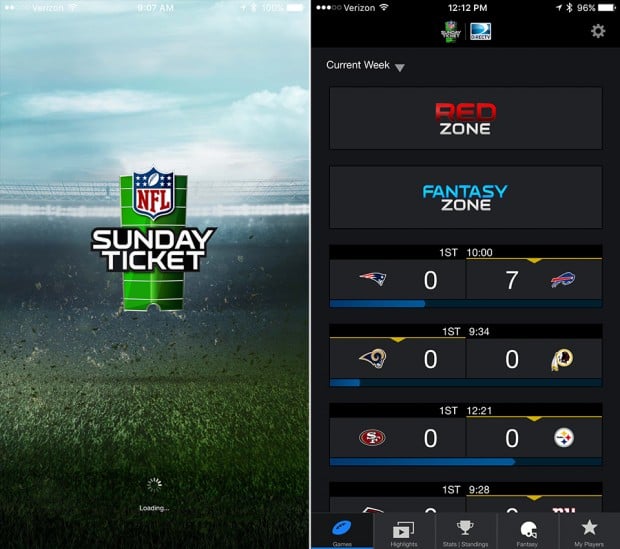 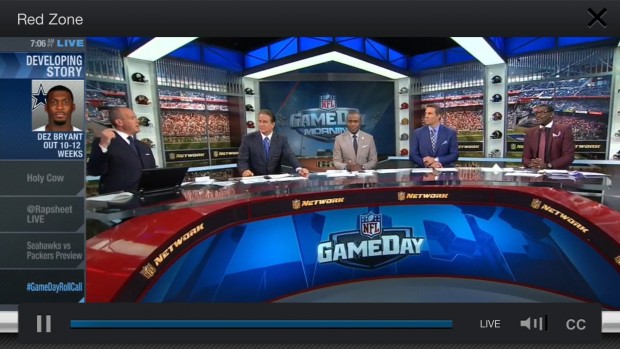 Sunday Ticket TV works with all popular web browsers, iOS and Android gadgets, as well as Xbox One, Xbox 360, PS3, PS4 and Roku devices, among others. My testing was on the iOS version, so your mileage may vary on other devices.

The most important thing you want a streaming video app to do is stream video well, and I’m happy to say that the video for every game I checked out was smooth, fast and sharp on the screen of my iPhone 6 Plus. 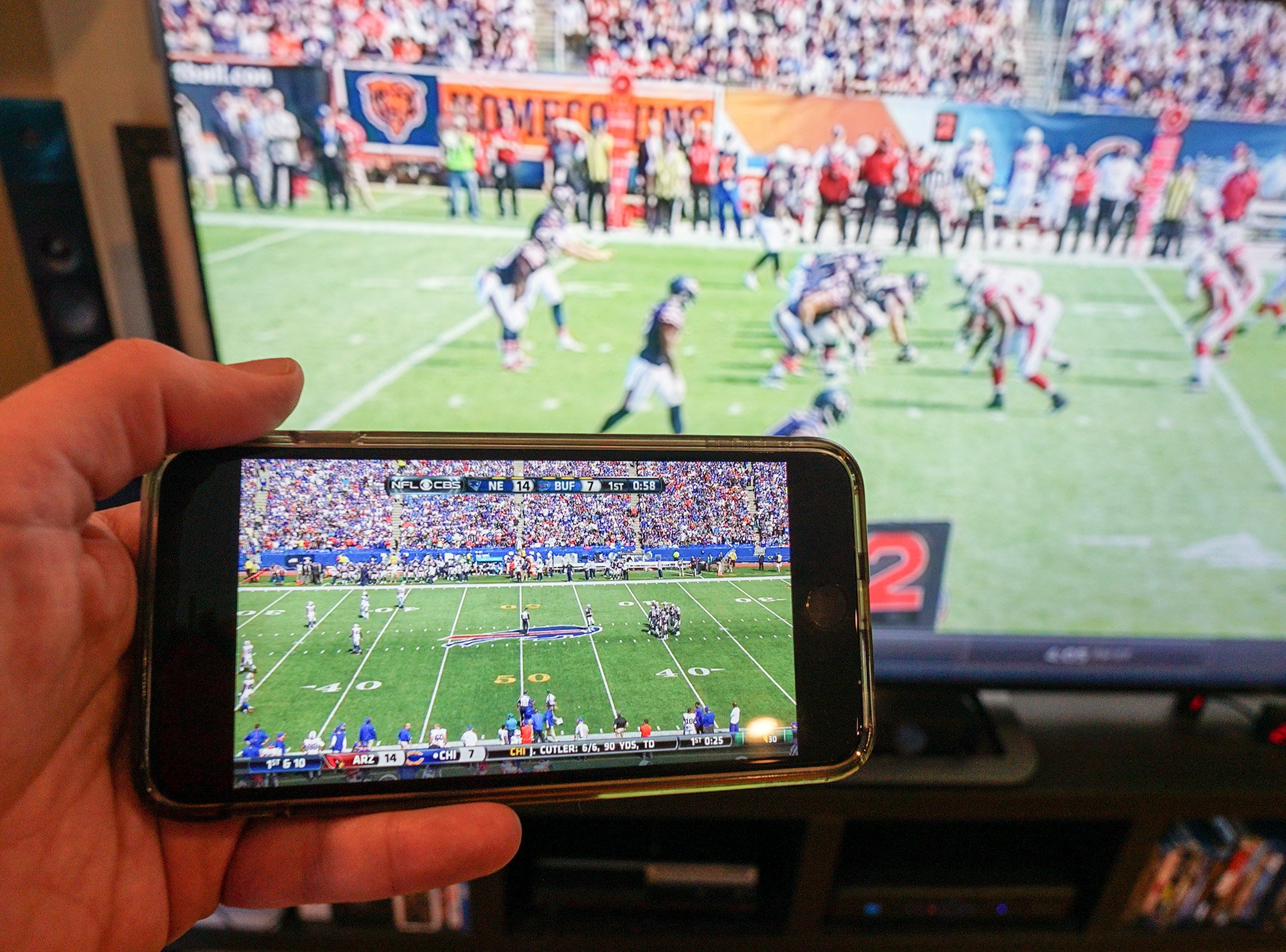 Here’s a direct screen grab from new Patriots-Bills game from last weekend to show you just how detailed the picture was on my phone (click to zoom): 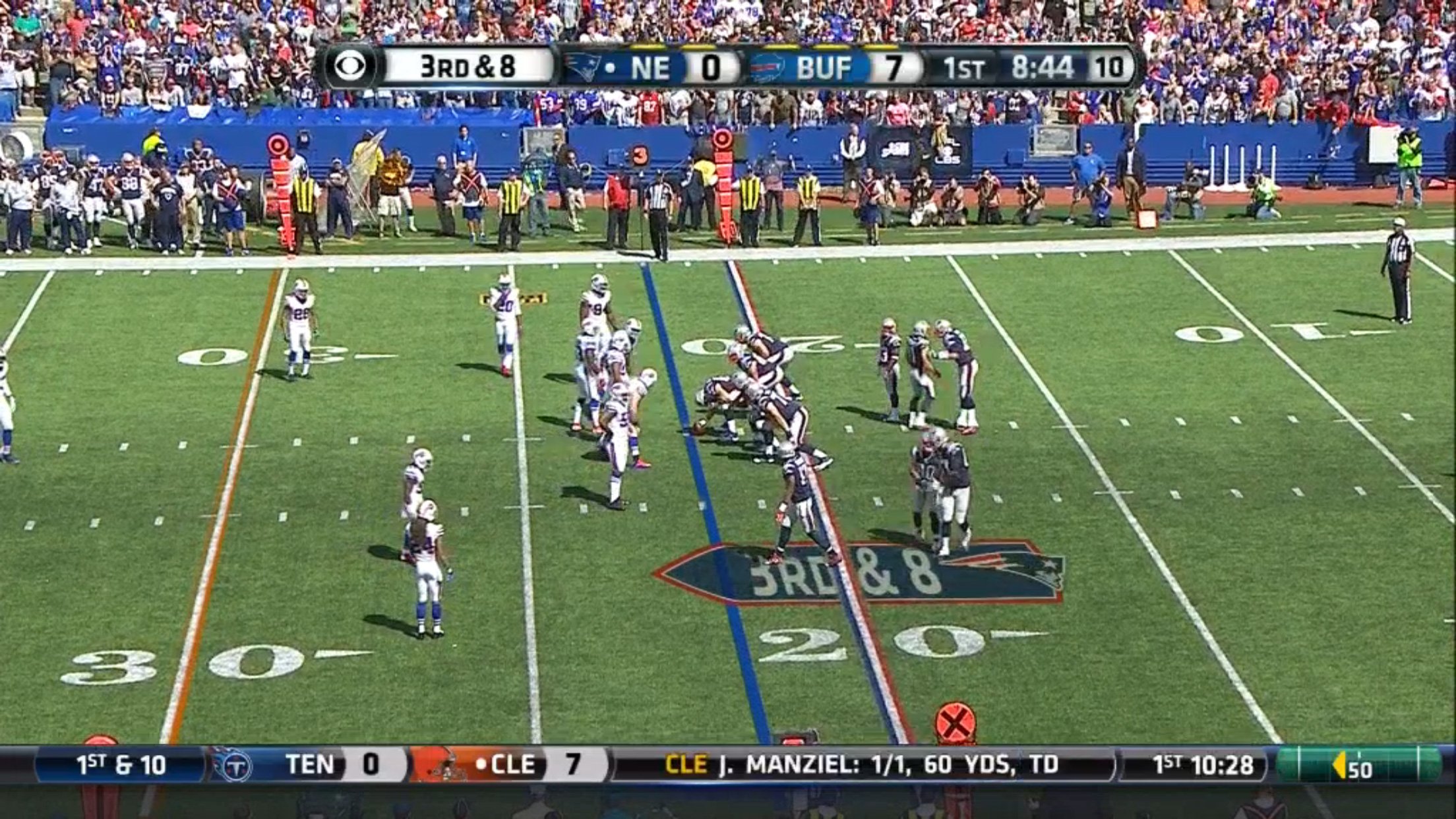 The Sunday Ticket app lets you drill right into a list of all of the games being played, along with their current scores and time remaining. Simply tap the game you want to watch, and it starts streaming. This works quickly and easily, though I was disappointed when I tried to watch the Bears-Cardinals game, and was told that I couldn’t watch it because it was a local market game. That’s because the NFL’s local blackout rules want to encourage you to watch on your local CBS or FOX station instead. Of course, the way the Bears played, I was probably better off not watching. 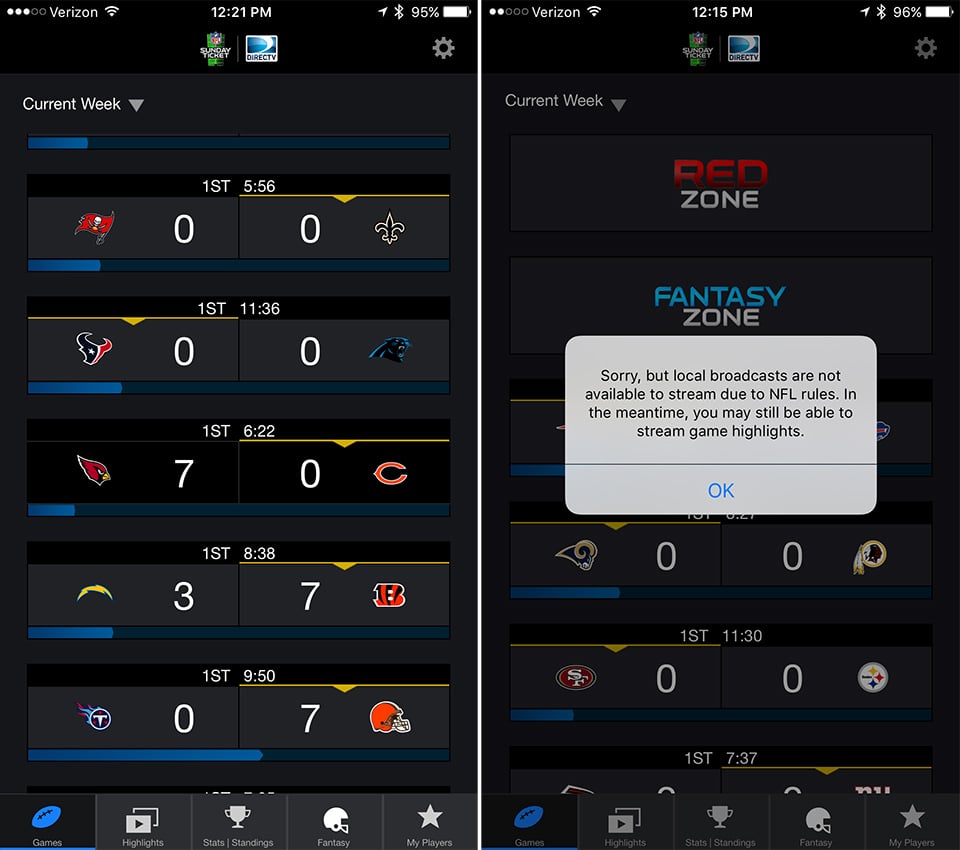 Other than viewing live gameplay, you can also check in on team standings, live stats by player or team, and instantly jump to game highlights as they’re recorded. While the stats interface isn’t particularly deep, it’s serviceable, and the video highlights are great. You can also check out previous weeks’ scores, though I wish you could also view those games or at least their highlights. But the video service is strictly for live streaming and the current week’s highlights. 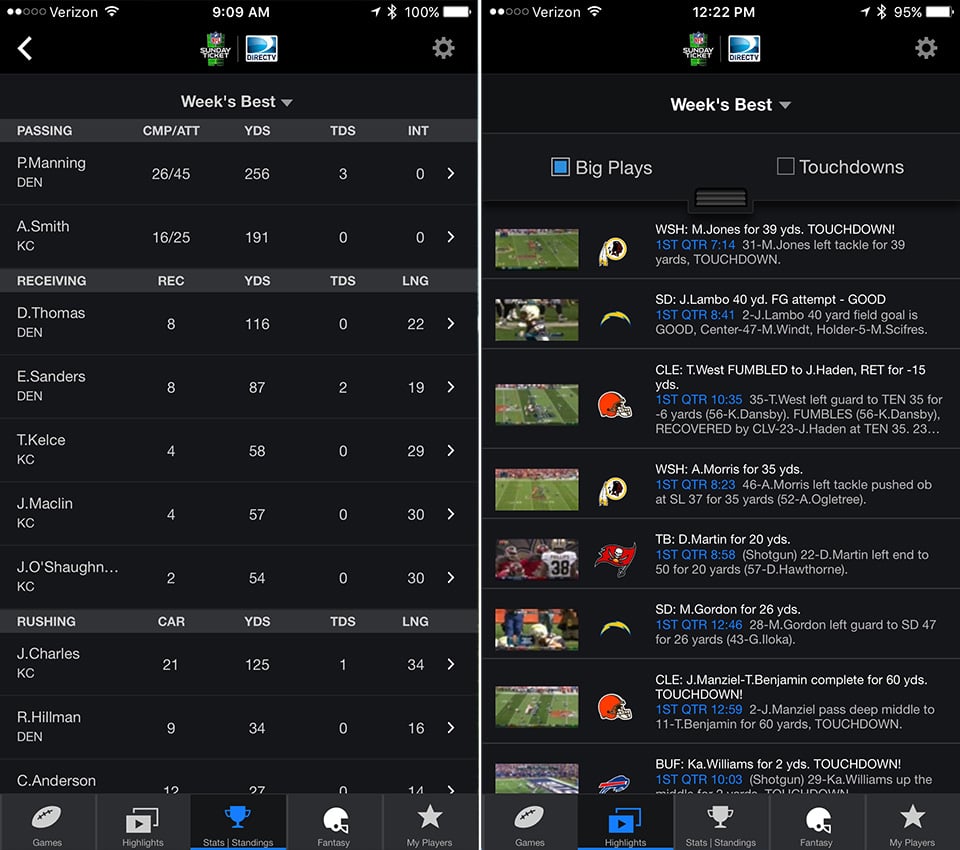 NFL Sunday Ticket TV costs 4 payments of $49.99 per month. There are some restrictions on availability, so you’ll need to go to their website to check availability at your address. That’s not a bad deal to be able to watch so many NFL games on so many devices. The video quality is excellent, and my only concern is the various geographical restrictions. I’d love to see them offer every game no matter where you are.