There are lots of companies making action cameras these days, but most of them fail to live up to the high bar set by GoPro. I’m happy to say that the Activeon CX action camera not only works as well as GoPro’s base Hero model, but is much more feature rich for less money. Despite its feature set, the Activeon CX costs just $119.99(USD). 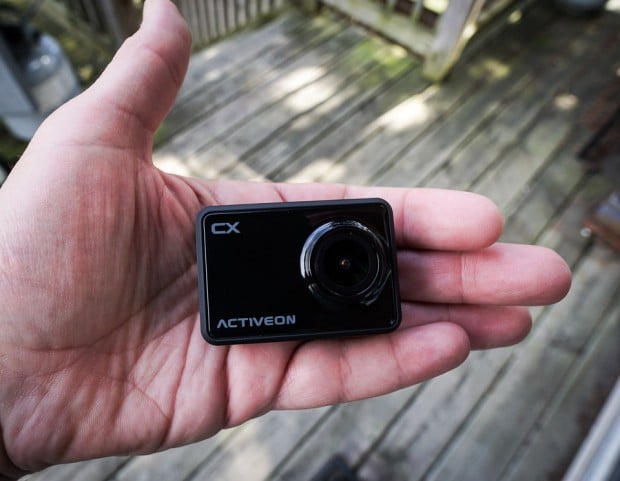 Sporting a similar size and form factor, the Activeon CX is small enough to go just about anywhere, and fits neatly in the palm of your hand. It’s capable of shooting 1080p (30fps) and 720p (60fps) HD video, but unlike most GoPros, it’s got a built in 2″ LCD viewfinder, which makes setting up and framing shots so much easier and more reliable. 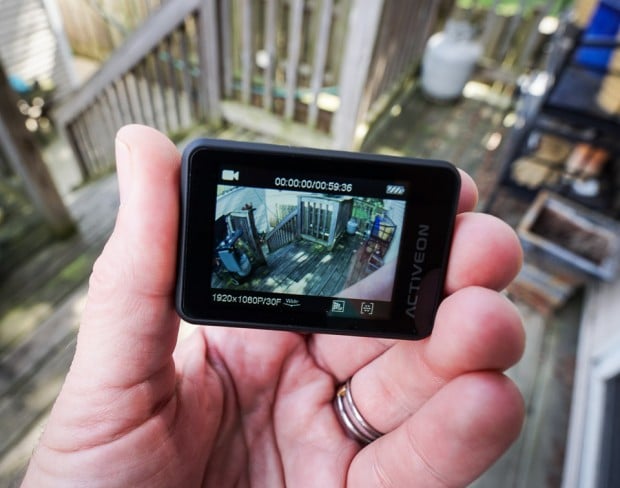 It’s also got built-in Wi-Fi, which allows you to control the camera using an iOS or Android device. This lets you use your smartphone or tablet as both a remote viewfinder and for adjusting camera settings, downloading and managing files. 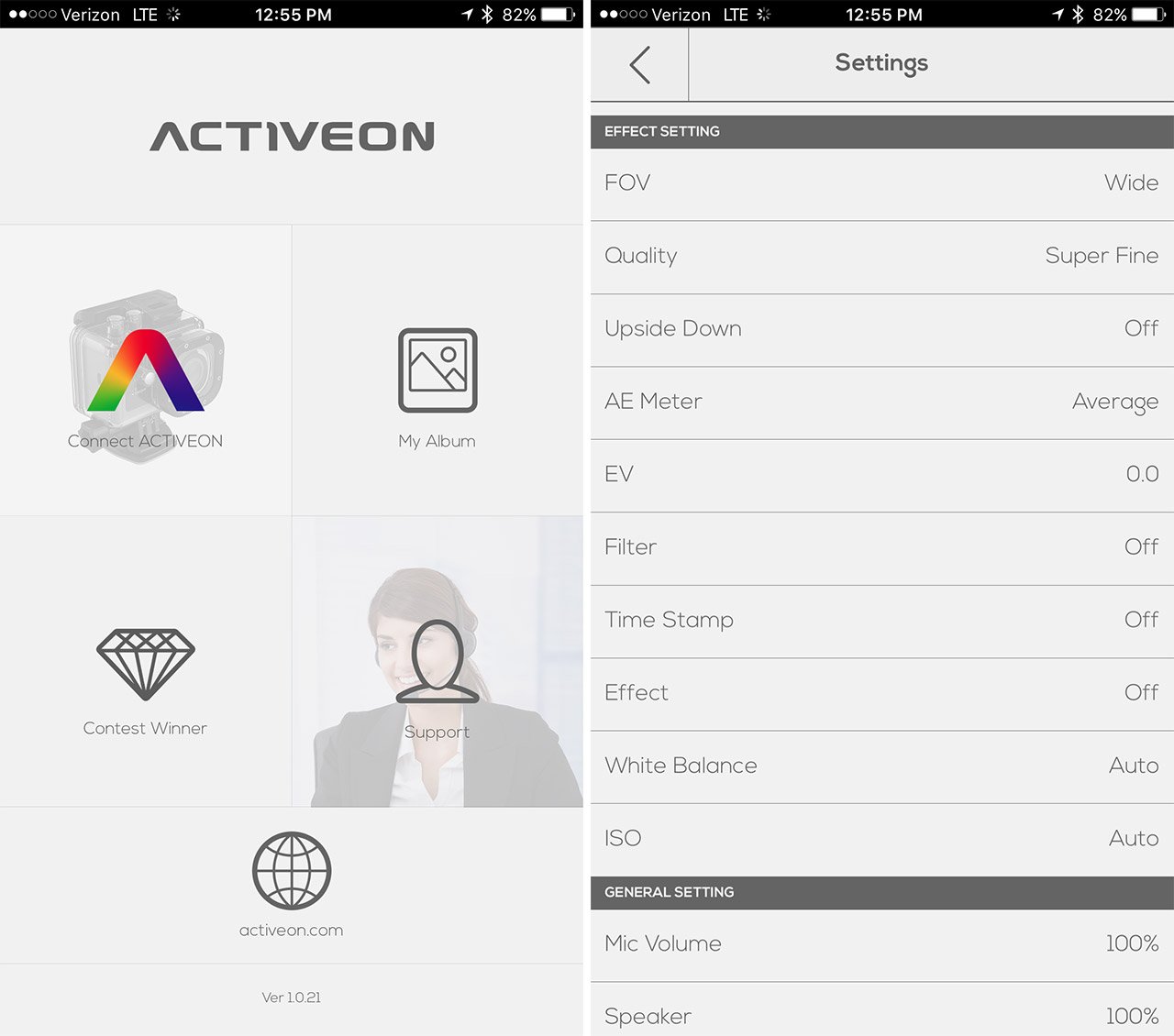 One other big advantage over the base GoPro Hero is the interchangeable battery, which will give you about two hours of recording time per charge. There’s even a micro HDMI output so you can stream video to an external display. In addition to its standard video mode, you can adjust the angle of capture between narrow, medium, wide and super-wide modes, and there are four levels of digital zoom available. For most purposes, though, you’ll want to stick to 1x zoom, wide or super-wide mode for optimal image quality. 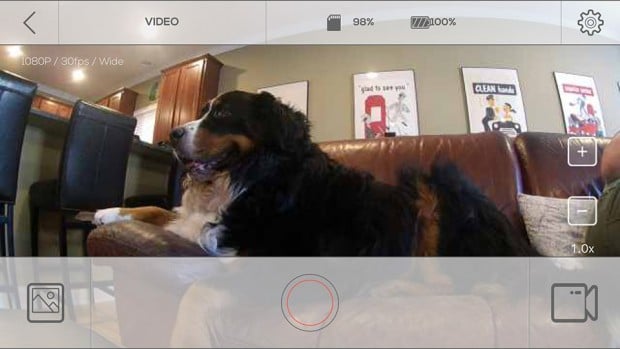 The Activeon CS has a fast F/2.4 lens, and you can set video capture with sports, nighttime, and special underwater modes to optimize colors and gain for those situations. I didn’t get to shoot any underwater footage, so I can’t speak to how well that mode works. What I do know is that in daylight, video capture is bright, offers very good contrast and excellent color reproduction. There’s a little bit of pixelation in fast-moving areas, but this is pretty typical of all action cameras I’ve tested. Here’s a sample of some video I shot from my car. I actually recorded this with the camera upside-down on a suction cup mount, but the camera lets you flip the image when recording from angles like this.

The camera also can shoot 5 megapixel (2592 x 1944) still images, which look pretty good – though they exhibit a bit more compression than standalone still cameras. Click to zoom this sample photo to full resolution: 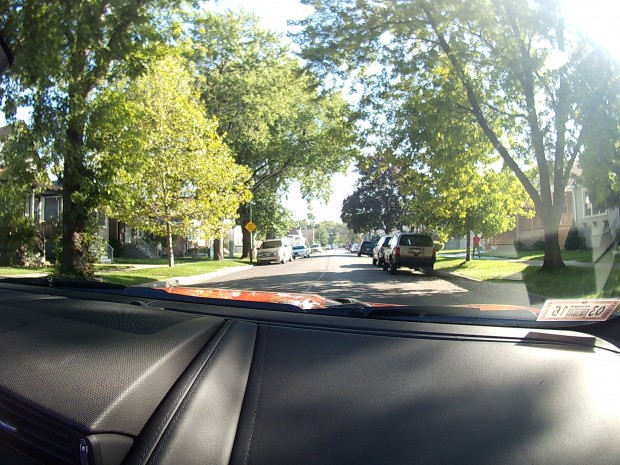 It also supports time-lapse video capture, and has several color filter settings, though I generally recommend shooting in normal color, then applying filters in post-production. Here’s a bit of time-lapse footage showing how much faster rush hour in Chicago goes when you only shoot one image per second instead of 30. Too bad we can’t do this in real life:

In terms of mounting flexibility, Activeon includes both a waterproof housing for the camera, as well as an adhesive mounting bracket you can attach to various smooth surfaces. They sell a bag of miscellaneous mounts for just $17.99, and check out their accessory store for other mounting options. 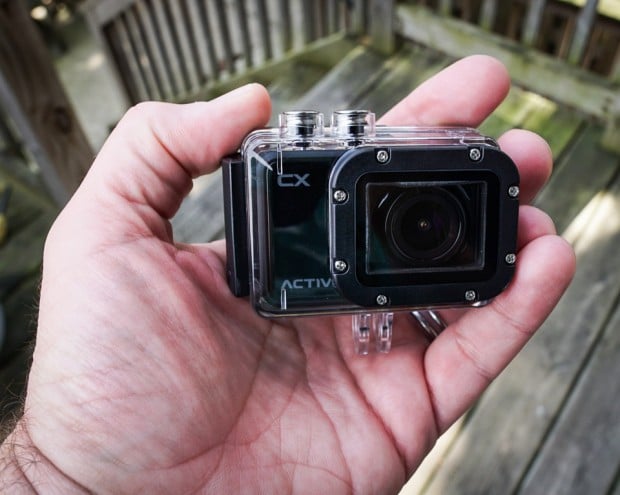 While it’s not officially mentioned, I found that all of my GoPro mounts also worked fine with the waterproof housing. The camera itself also has a standard tripod mounting screw thread on the bottom, which makes it just that much more versatile than a GoPro. And while it doesn’t serve any practical purpose, Activeon sells a set of six color faceplates for $24.99, if you want to trick out your action cam. 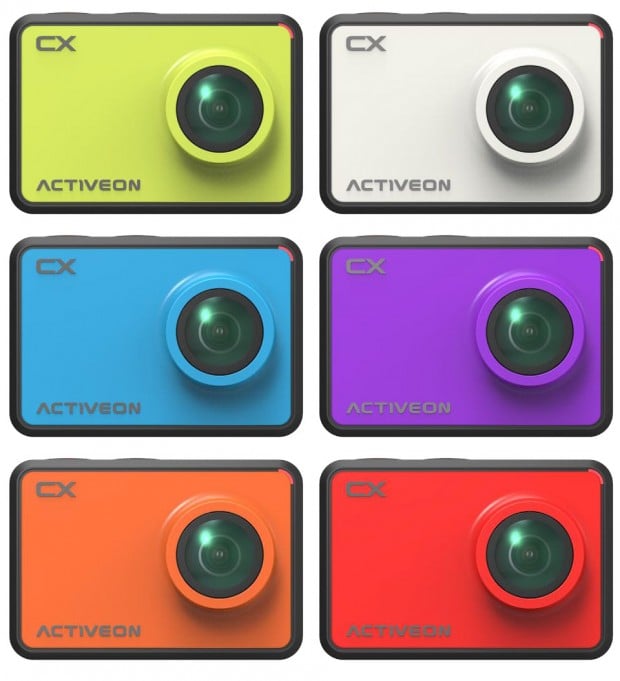