It had to be Snakes. Snake? Snake! is developer Virtually Competent’s entry to the Duplicade game jam. It’s based on the classic mobile game Snake except instead of the titular animal, players control Metal Gear Solids‘ Twin Snakes. 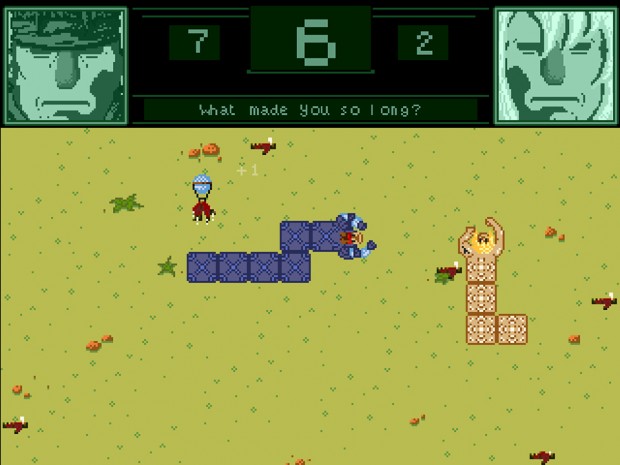 Duplicade’s restrictions are simple: entries have to be 30-second PvPs, and they have to be a knockoff of another game, just “weird enough to not get you sued.” Hence the game jam’s name. And Snake? Snake! is weird all right. Solid and Liquid are literally half-snakes, and instead of eating fruit they grow longer by extracting soldiers with the Fulton system. The game’s sound effects are awkward at best, and at the bottom of the scoreboard are quotes from Metal Gear Solid turned into snake puns. Skip to 0:50 in Jupiter_Hadley‘s video below to see the game in action:

And you thought the Skulls were weird. Snake? Snake! is available for Windows, OS X and Linux. You can download it for free (with an optional donation) from Virtually Competent’s Itch.io page.