I’d think if Darth Vader was cooking he would simply use The Force to float his fresh-baked cookies out of the oven. He would have no need for an oven mitt. On the other hand, us mere mortals need an oven mitt to take our scorching hot eats from the oven. 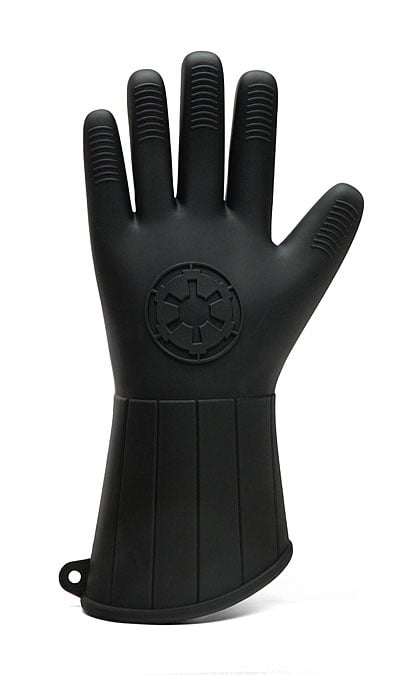 Why not do it with Darth Vader style via this black silicone oven mitt. It looks like Vader’s gauntlet and has an Imperial symbol on the palm. The symbol makes it look a bit like a black version of Iron Man’s hand – with an Imperial Repulsor Beam. 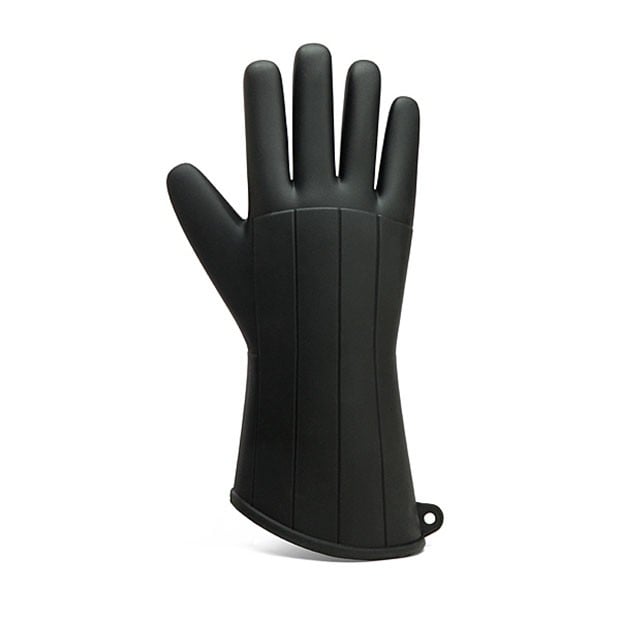 The mitt is made to wear on your right hand and should fit most folks. You can pick one up at ThinkGeek for $14.99(USD). 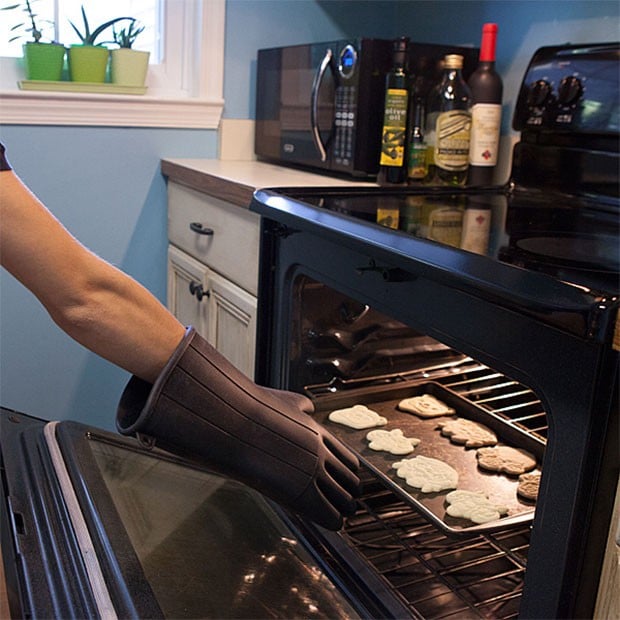 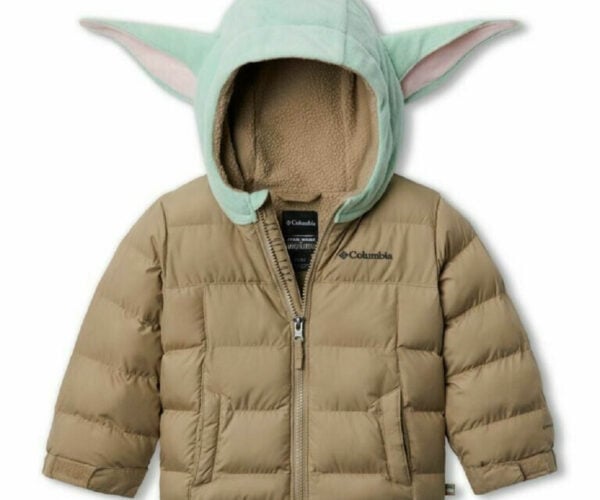