Hadouken Toilet: Cosplay at its Weirdest

I like cosplay as much as the next guy. This Hadouken cosplay is funny, cool, and gross all at the same time. Rather than shooting a blue ball of flame from his palms, this cosplayer is using the toilet. 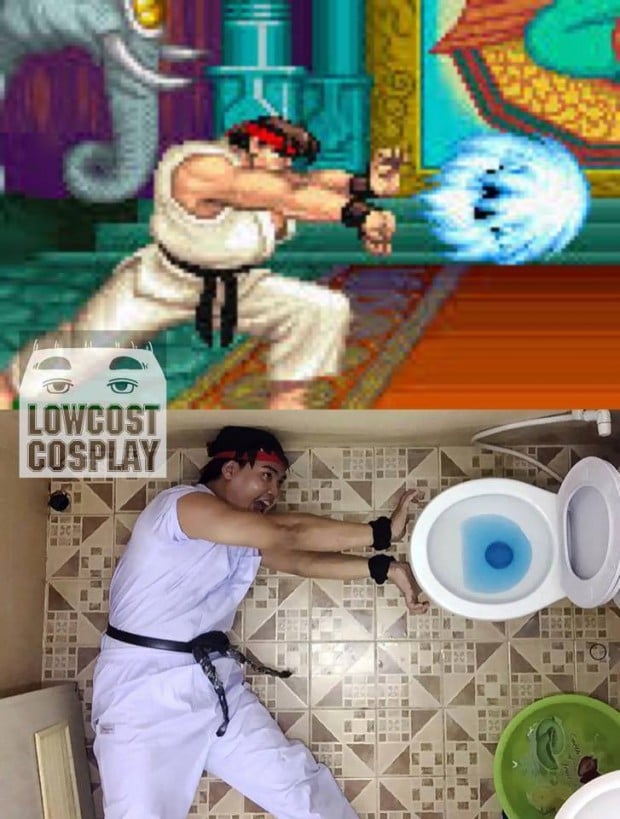 Not as in USING the toilet, rather the blue water inside the toilet is the flaming ball. I think I’d rather be hit by a blue ball of flame than blue toilet water.

The weirdest part of this image for me is what appears to be a green bowl sitting toilet side with strawberries and avocado slices in it. What kind of sicko not only lies on the bathroom floor with hands clearly in the splash zone, but brings food in there too?