Normally, when you go into the store to buy a new controller after you broke the last one because your damned Fallout 4 companion refused to GTF out of the way in a narrow path AGAIN (not that I know anything about that), you end up with a few options to choose from and none of them are particularly cool. A dude named Devin from End of Line Designs cooked up his own Boba Fett controller that I wish I could have bought. 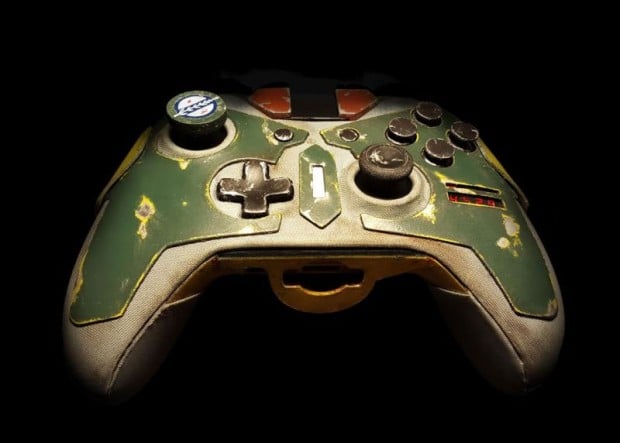 It started life as a normal Xbox One controller, and then was transformed into something very cool that should have its own Xbox One console mod to go with it. 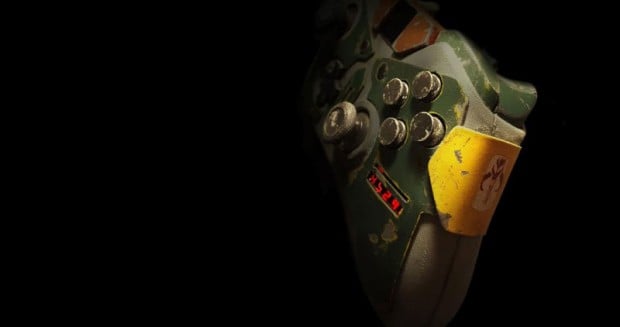 One of the coolest things about the controller is what appears to be a canvas backing, covered with armor plates. Both the armor and buttons are weathered like well worn armor. It even has a digital counter on it counting something, as a counter should. The only things missing are a laser blaster and backpack. 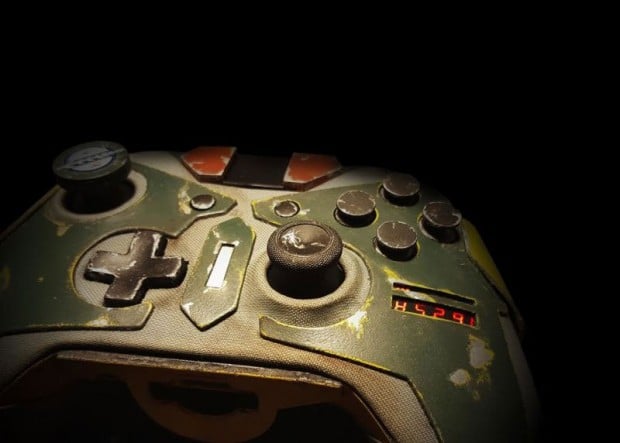