Back in 2009, we talked about a dude named Rob Spence who had put a red LED into his false eye. Spence lost his eye in an accident when he was a child. Spence is back and he has done something a bit stranger than the first time. Spence is now wearing a false eye that contains a camera inside. 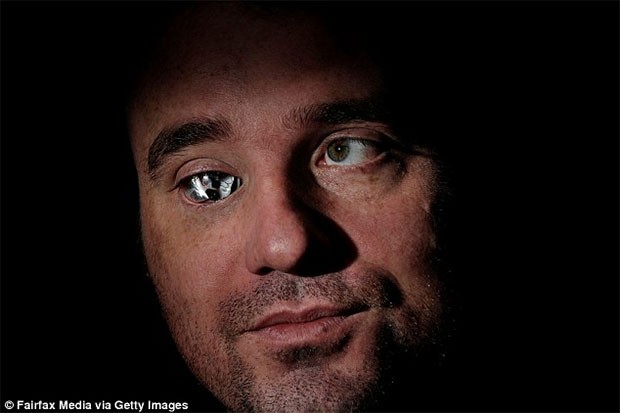 The camera is small and worn inside his skull in the eye socket. Spence doesn’t just wear the eye camera as a novelty. He’s a documentary filmmaker, and says he can use the camera to record interviews without having a camera crew in the room. As you can see in the image the eye-cam is rather sinister looking and not very subtle. It’s not like he could secretly record another dude’s junk in the bathroom without said dude noticing something is weird with his eye. That said, Rob has been working on building a version that can be hidden under a prosthetic eyeball.

At this point, the camera easily overheats and only allows about three minutes of recording at a time. He hopes future versions of the eye-cam will allow him to record for hours.

You can learn more about Spence and his self-made augmentation on the Showtime series Dark Net.