We’ve seen a BB-8 made by a young maker on a budget. Now let’s check out a more sophisticated replica. This one was made by Ed Zarick, who we love for his awesome console laptop mods. 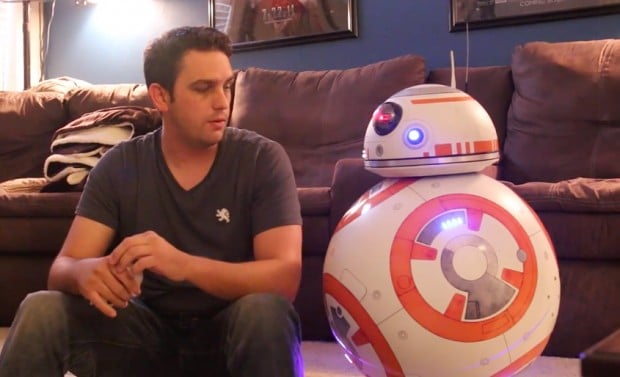 Ed printed the BB-8’s head using guides and tips from the BB-8 Builders Club and Astromech.net. To make it move, he made a single axle drive system that uses counterweights so that it won’t easily tip over or wobble after every move. Ed also made his own remote control that’s compact but still has accessible controls. Aside from being a complicated project, this droid is also expensive; Ed spent about $500 (USD) just for the plastic sphere that he used for BB-8’s body. But the result is more than worth it.

I highly doubt that Ed will make more BB-8s to sell, but he is putting together an exhaustive guide on his website, along with the DXF and 3D files that he himself made.