There are a lot of racing games out there, but none of them comes close to Mario Kart. It remains the best and most fun racing franchise ever made. I’m not sure anyone could make a better game. Super Mario Kart for the Super Nintendo is one of the best versions. I spent so many hours on this game back in the day that I should have earned my own real life kart. 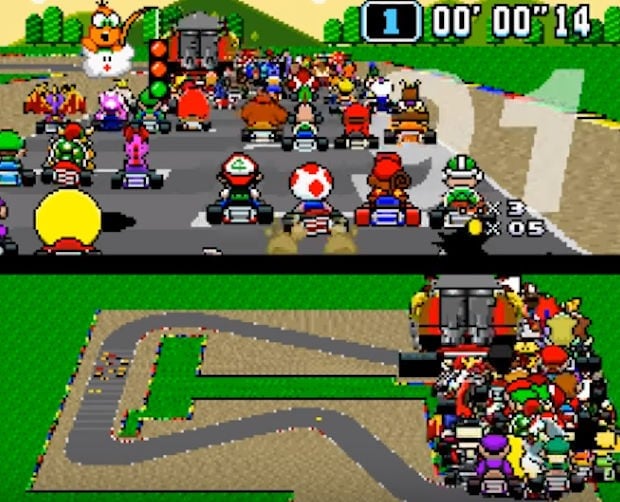 However, the SNES only supported four players, so while our races were intense at times, they were never super chaotic. They were nothing like this epic 101-player battle. This is just crazy. There are Pokemon racing!

Sadly this isn’t a mod that we can play. Just a fun animation. It does make me wish we could play this insane version of the game. Can you imagine how crazy it would be against all of those characters?

[via Laughing Squid via Gizmodo]