Hexbug RC Battlebots: Are You Not Entertained Mom?!

We’ll soon be able to conduct bot-on-bot mayhem without knowing a thing about building or repairing robots, thanks to toymaker Hexbug and its officially licensed Battlebots replicas. 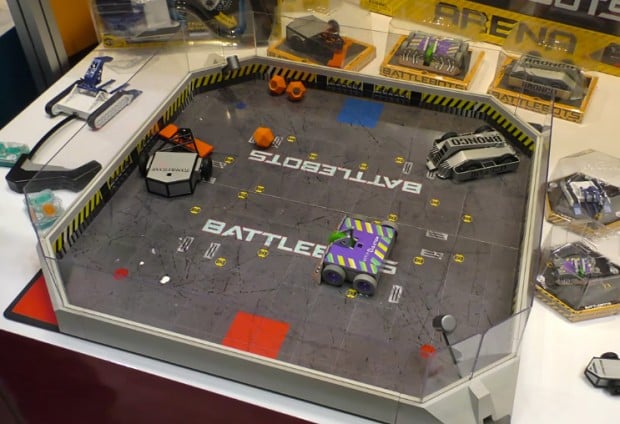 The robots are based on some of the most popular competitors in the TV series: Bronco, Tombstone, Witch Doctor and last season’s champ, Bite Force. They come in different varieties, but the best ones are the remote-controlled variants. Their exterior panels are designed to fall off to indicate damage, but you can easily snap them back on. FamilyGamerTV checked out the robots at the New York Toy Fair:

The remote-controlled Battlebots will be sold for $30 (USD) each. But you may as well get the $70 two-pack, because that comes with a 20″x 20″ replica of the arena, giving you the full Battlebots experience.