Order 66 Creatures and Effects was one of the companies chosen to participate in the Biker Scout Helmet Project, which will feature customized biker scout aka scout trooper helmets that will be auctioned off for charity. For its helmet, Order 66 chose to go with a Dark Knight inspired mod. 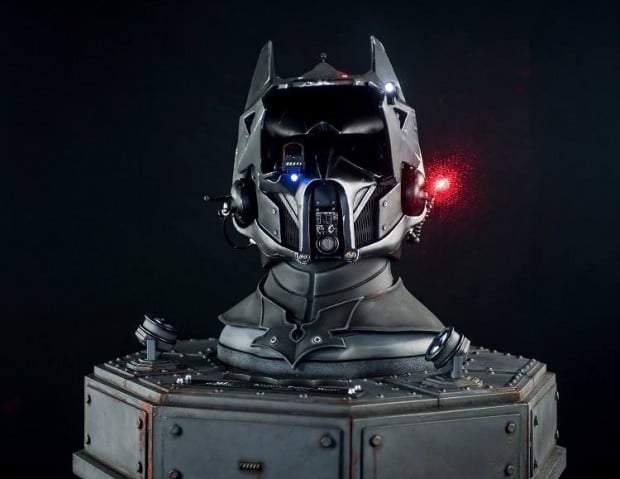 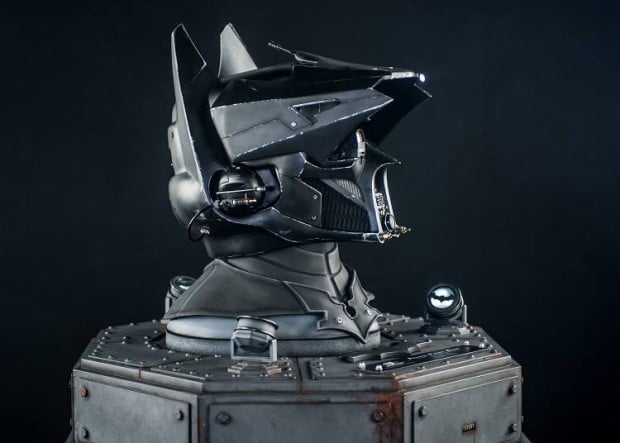 Order 66 calls it the Advanced Pursuit Helmet. Aside from its badass Batman armor, it has a heads up display, a laser targeting system and a cool rotating stand with a trio of tiny Bat-Signals around it. The helmet also has a light inside the visor area, but it’s not turned on in these images.

Swear to the Empire! This and the other modded biker scout helmets will be auctioned off at Star Wars Celebration in London this July, with the proceeds going to Star Wars’ Force for Change children’s charity initiative. Be sure to check out the Biker Scout Helmet Project’s Facebook page for updates on the other mods.