This Chainsaw-wielding Drone Is Powered By Nightmare Fuel

This is one of the scariest scenarios you could ever dream up. A drone is flying toward you and it’s carrying a chainsaw. You can run, but it’s probably too late and you will be cut to pieces. This nightmare is now a reality thanks to two Finnish farmers who managed to attach a chainsaw to a heavy duty DJI S1000 drone. Surely this won’t end in tragedy. 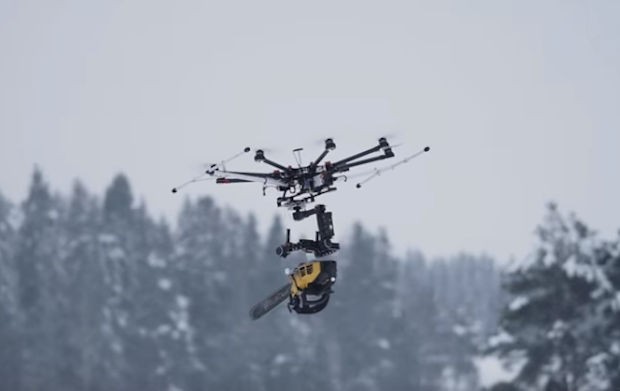 While this might have been an April Fools’ prank since it hit the internet on March 31st, that doesn’t make it any less dangerous. It also doesn’t mean that some other people can’t do this and terrorize their neighborhood. On the plus side this is useful for clearing lines and trimming remote trees.

The good news is that it doesn’t take too much to take this thing out of the sky. Just be sure you’re not standing under it.