The folks who build Tesla cars are my kind of geeks, offering such features as the Spaceballs-inspired Ludicrous Speed on their performance models. Now, check out this short video of a cool Easter egg that Tesla included in its autopilot feature on the Model S.

Tesla owners will want to give this one a try. If you activate the autopilot four times quickly in a row, the road turns to Mario Kart’s Rainbow Road. This has got to be the best Tesla Model S Easter egg so far. 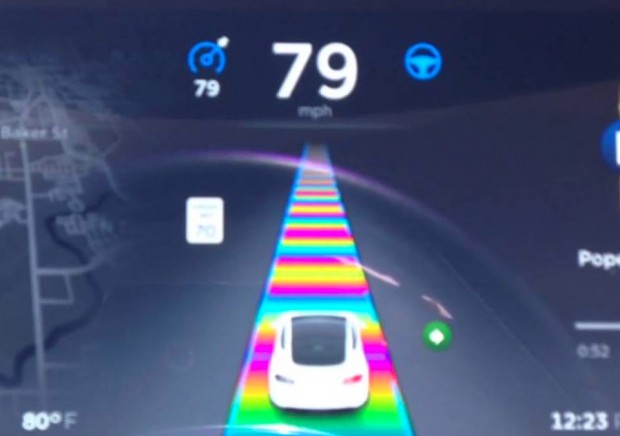 The Easter egg also plays a little cowbell when it gets going, because we can always use more cowbell. Check it out in action in the tweet below:

I wonder what other kinds of Easter eggs it has hidden away. People have found some already, but I bet there are a lot more, and with software updates being pushed over the air, more are probably being added regularly.

I love that the folks at Tesla are so awesome. Now if you guys can make the car throw some turtle shells and banana peels, that would be sweet!

[via Electrek via Jalopnik]