E.T. Gets Roasted on a Spit: Barbecute

It looks like E.T. will not be phoning home ever again. In fact, he won’t be doing much of anything since these folks decided to barbecue him. I’m guessing he tasted like chicken. Space chicken. 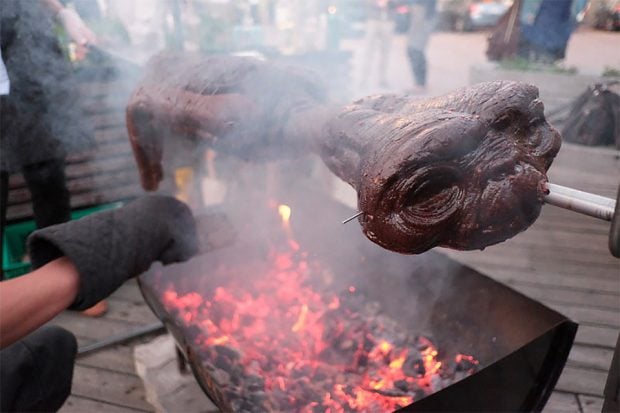 What kind of savages would do this? Apparently, eating E.T. is a recurring project by Terje Östling and Unsworn Industries, a design firm in Malmö, Sweden. They made an E.T. sculpture out of vegan-friendly foods and roasted it at the Exploring the Animal Turn symposium in Lund, Sweden in 2014. Later on they made another E.T. and roasted him at the Foodcycle festival in Helsinki, Finland. They just can’t stop roasting E.T.

The idea is to explore how being human impacts ethical food choices and they use E.T. to get their point across, since he is generally considered to be so cute:

What would it feel like to eat an alien? How can we dearly love and grieve some non-human species while accepting the industrialised slaughter of others? How can we cater to the needs of eaters who seek a surrogate for the sacrificial and ritual aspects of convivial, meat-based, barbecues? What are our ethical responsibilities towards fictional organisms? 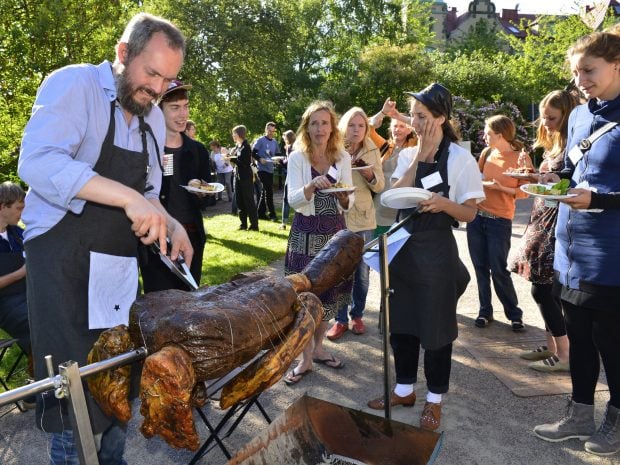 [via Nerdcore via Neatorama]