I’ve always wanted a lightsaber replica, but most of the ones I’ve seen in stores are cheap plastic models that look and feel like kid’s toys. For serious collectors and cosplay, you want a custom built lightsaber from Ultrasabers. These guys hand fabricate amazing high-end custom lightsabers that look like they stepped off the big screen. 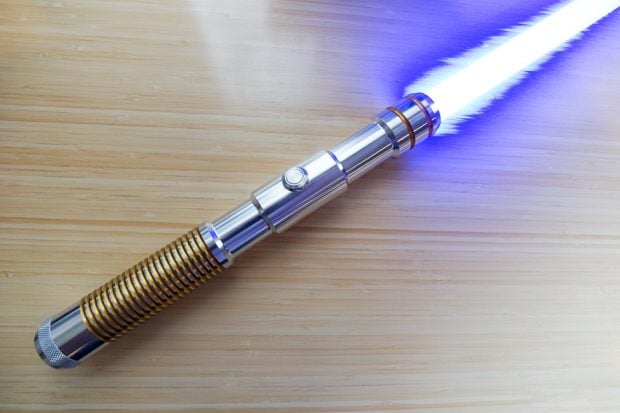 Ultrasabers offers a virtually endless variety of designs, and lets you pick the hilt design, blade color, as well as the type of LED illumination and sound effects circuit. Basic blades can be ordered for stunt work too, and while these don’t produce sounds, they still look pretty awesome. 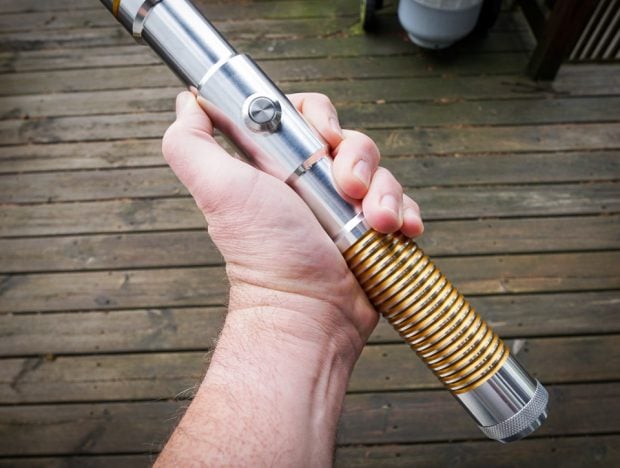 I ended up picking out a model called the Sentinel LE v4, and went for the Obsidian Premium Sound option. The hilt design isn’t the same as that of any Star Wars character I know of, but it definitely looks like it came right out of their universe.

Build quality is impeccable, with its hilt crafted from aircraft-grade aluminum, and its blade made from durable, light diffusing polycarbonate that’s actually sturdy enough to use in mock combat. I love how much weight the saber has too. It’s also impressively well balanced – I was able to easily stand it up on its pommel cap without it falling over. 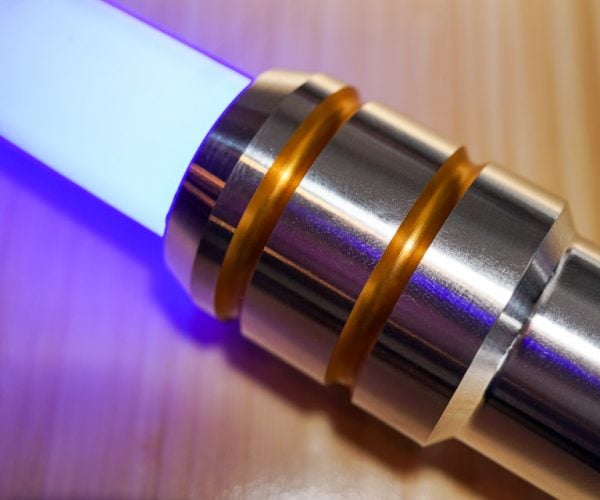 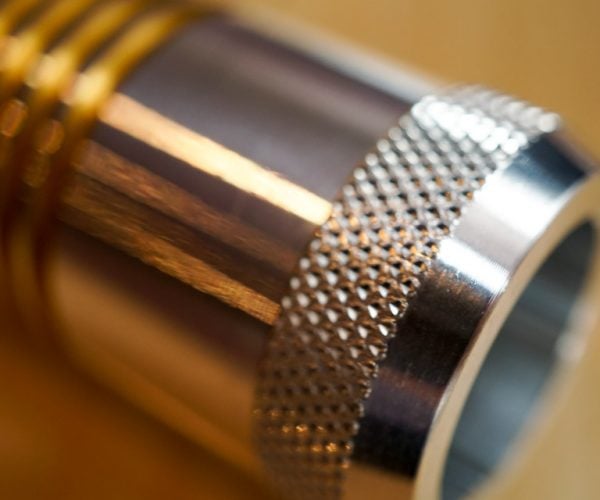 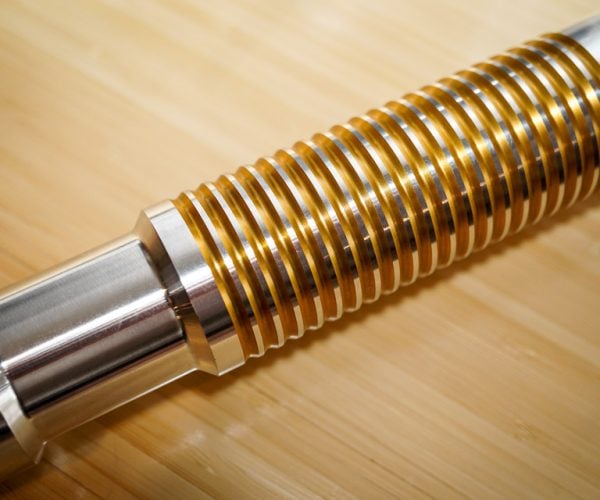 Inside the hilt is where all the magic happens. There’s a bright LED driver that lights up the blade in a color of your choice – I went for a bright blue. The custom audio board produces sounds effects that sound like they could have come straight from the studio of Star Wars sound designer Ben Burtt. An on-board motion sensor makes the lightsaber create the perfect sounds as you slice the blade through the air. There are appropriate sounds for power up and power down too.

The blade is nice and bright too. It’s easily viewable in daylight, and the glow it creates when used in a darkened room or when photographed is super cool. 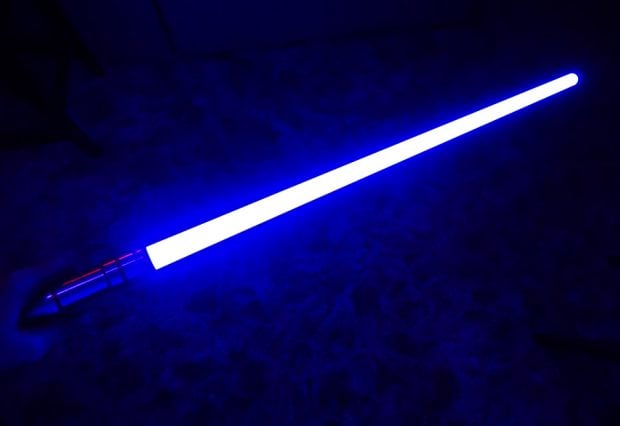 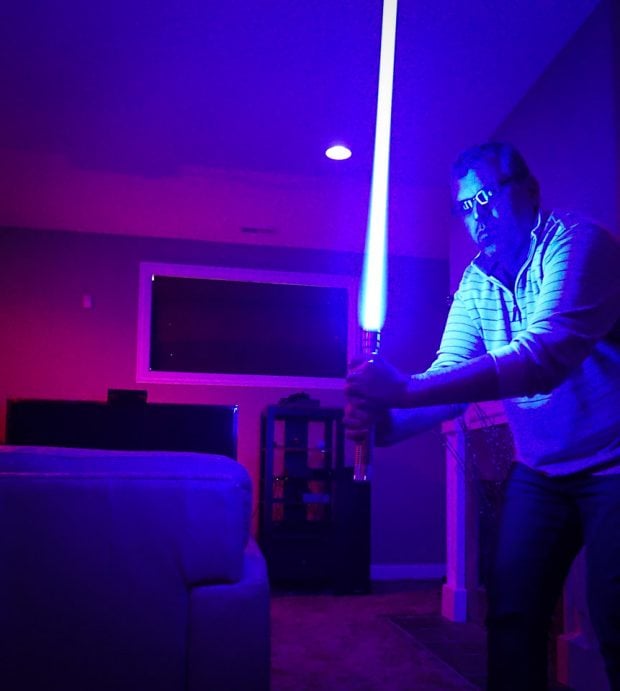 Since the saber runs on AAA batteries, you’ll need to charge or replace them from time to time. It’s not self explanatory how to get the batteries out, so I’ll explain. Unscrew the removable pommel at the bottom, and gently shake the saber downward. The speaker and battery pack slide out. Just be careful, since pulling the battery pack out too much could cause the wires to rip. It’s not really hard to do, but I wish they had included a microUSB charging port somewhere on the outside of the saber instead. 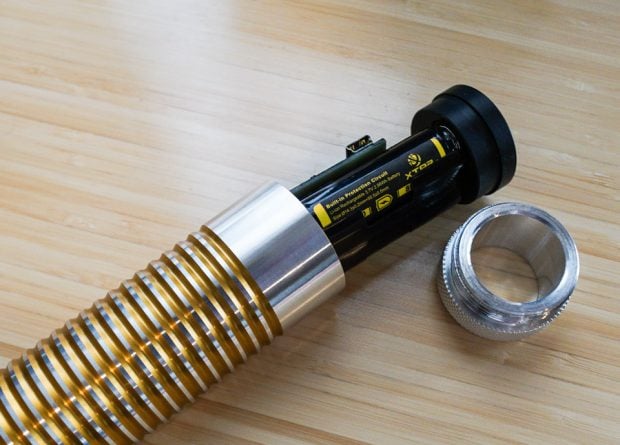 Overall, I’m very impressed with my Ultrasabers lightsaber. It’s exceptionally well made, and it looks and sounds awesome too. I can totally see how collectors end up buying multiples, especially when they’re making specialty designs like the cross-bladed Renegade, the skinny-necked Archon, and the awesomely anodized Azure Menace. 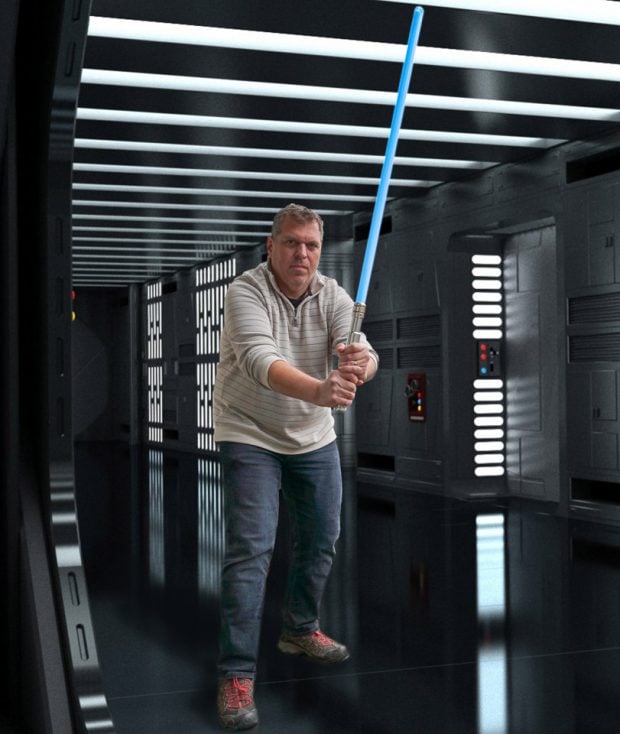 Prices for Ultrsabers range from just $54.99(USD) for a basic stunt saber without sound, all the way up to $479 for their fanciest models. The model reviewed here goes for about $215.