DIY Cheese Ball Machine Gun: I’ll Give You a Snack You Won’t Believe 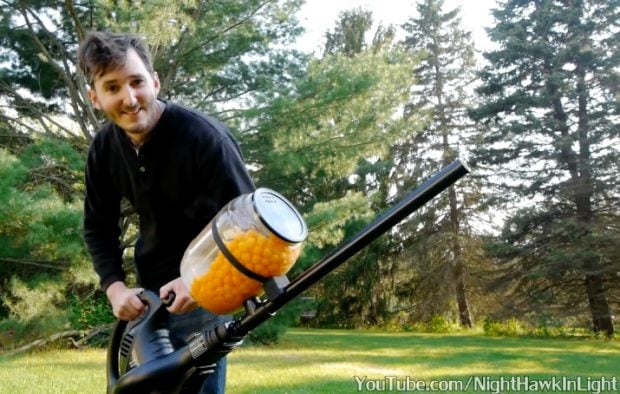 It’s a fairly simple toy, but building it isn’t as straightforward as you might think. You have to insert a small wedge or ramp inside the pipe, right after the leaf blower’s mouth and just before the T-section that connects the cheese ball container to the rest of the pipe. The ramp will prevent the powerful blast of air from going up to the container and make it easier to suck the cheese balls out.

I love how YouTuber Christopher Perry dropped by the video’s comments to say they’ve been searching for years for a guide on making this exact same toy. Some people just have their goals sorted out.