Cosplayer Serves the Many Faced God

If you are behind on Game of Thrones, it’s really your own fault for reading this if it spoils something for you. We all know that Arya decided to do her own thing and stole a face from the hall of faces. She used for her own selfish purposes, and went blind and became a beggar routinely beaten by a bitchy little girl with a staff.

Cosplayer Ginny Di looks a lot like Arya Stark already. When you put her in beggar’s rags and give her some white contacts for her entire eyes, she looks even more like the littlest Stark girl after her recent foibles. 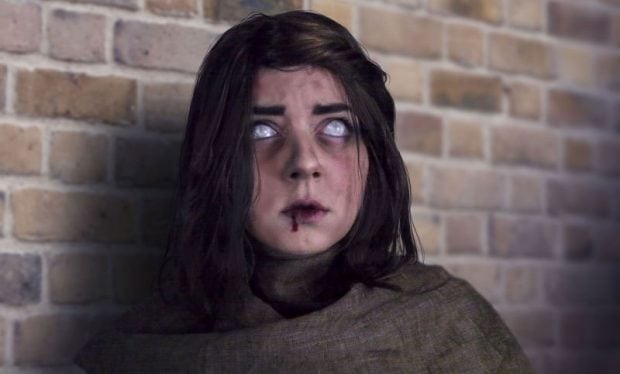 Those contacts look very uncomfortable and more than a little creepy. Good cosplay is a fantastic thing, and good cosplay this is. 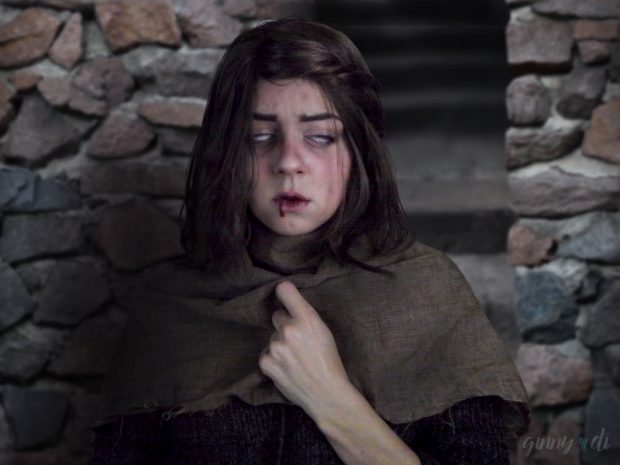 Be sure to check out some of Ginny Di’s many other Arya Stark looks over on her Facebook page.