You may remember that earlier this year, LEGO Ideas member Ludovic Piraud (a.k.a. “aBetterMonkey”) created a LEGO set based on Adventure Time. It turns out that the set was actually approved to become an official product, because LEGO believes in homies helping homies. Now LEGO Ideas has released a first look at the official Adventure Time set. 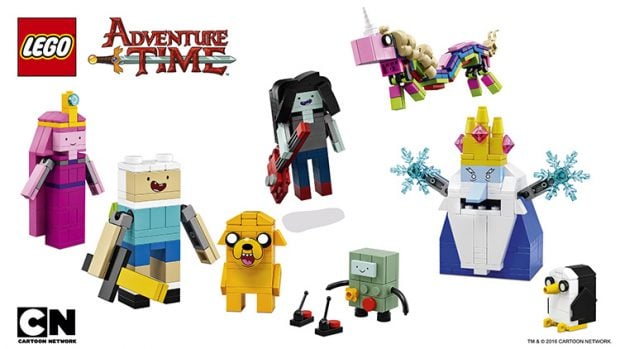 This awesome looking set has eight brick versions of our favorite Adventure Time characters. It includes Finn, Jake, Princess Bubblegum, Lady Rainicorn, Marceline, BMO, Gunter and Ice King. The set also comes with some accessories that you can use to create your own stories.

This set will have 495 bricks and be available to purchase on January 1st, 2017.  Too bad we have to wait until next year.