While many of you are still waiting for your Xbox One S, someone has already turned his Xbox One S into a laptop. That didn’t take long at all. Expert modder Ed Zarick calls his build the Xbook One S. He managed to cram the entire console into a laptop case that also features a 19-inch 720p display. Pretty sweet. 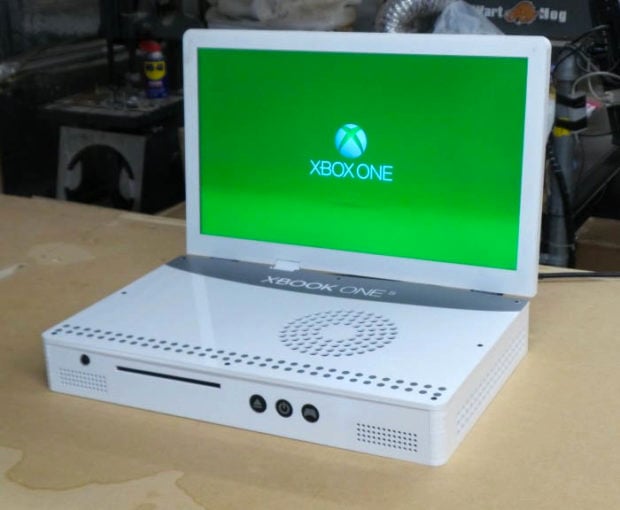 Technically, this Xbook One S isn’t officially a laptop because it doesn’t have an internal battery, but it is close enough. It is portable, though it still requires a constant power connection. Microsoft’s slimmer and lighter Xbox One is at least a bit more portable now, making it easier than ever to take the console around with you wherever you go. It’s also much smaller than Ed’s previous Xbox One laptop builds, and is compatible with both 110V and 220V power for international use.

There’s a built in 4K HDMI out in the case too. If you want one for yourself, you’ll have to pay $1,495 for the 500GB model, or $1545 for the 1TB. That said, if you’re just dying to get your hands on one, Ed is giving away the one in the video to one lucky winner. Simply retweet the contest by Sunday 8/14 for your chance to win! 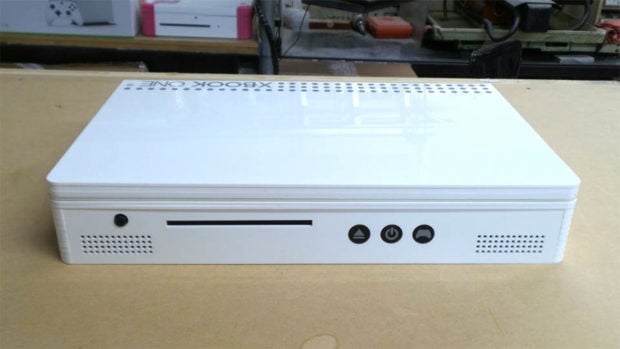