You know the old saying: Don’t store all of your eggs in one batcave. I may have that wrong. Whatever. This Batman Egg Cup will dress up your egg like the Dark Knight himself. Do I really need to say anymore? 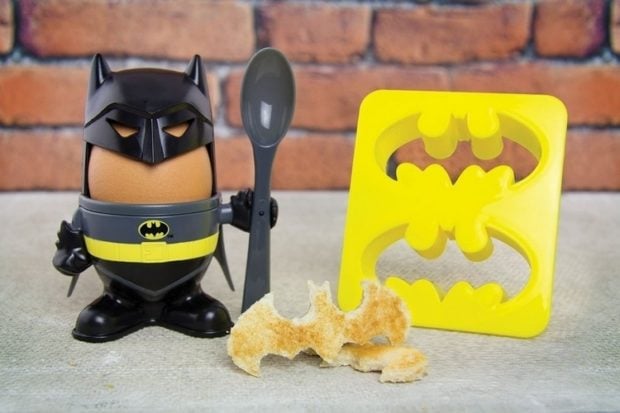 Probably not. But I’ll go on. This egg cup is ready to defend your kitchen table as if it were Gotham. Unless your egg is cracked. Cracked Caped Crusaders can’t really defend anyone. You get a Batman costume that fits an egg and it even comes with a spoon too. You also get a toast cutter that cuts out your browned bread slices into Batman’s logo.

It’s time for the best breakfast ever people! It will cost you about $10(USD). Totally worth it.