Mario Is Finally Coming to iOS

Mario fans who are iOS users should be happy about this news. Nintendo has finally announced an official Mario game for iOS. We thought it would never happen, but Super Mario Run was revealed by Tim Cook and Shigeru Miyamoto during the Apple iPhone 7 and Apple Watch 2 announcement yesterday in San Francisco. 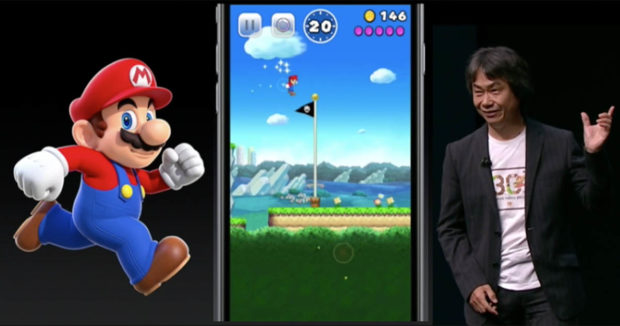 It’s similar to other classic 2D platform games starring the famous plumber. However, in this case, Mario runs automatically, so you just need to tap the screen to make him jump, sort of like those endless runner games. Gamers will be able to compete with other players for scoring dominance, and also be able to “create their own kingdom,” whatever that means.

One very pleasant departure from other mobile games is that there will be no in-app purchases. You’ll pay just the cost of the game, and that’s it. The game will be released this holiday season.