Some Jerk Drops an iPhone 7 Plus off the World’s Tallest Building, Because Why Not?

Youtuber TechRax likes to buy expensive gadgets and destroy them for views. Yeah, this kind of stuff gets old pretty quick, but it’s gotten him over 5 million subscribers. And the only reason I’m sharing this video with you guys is because his latest video has Rax at the top of Dubai’s Burj Khalifa, the tallest building in the world. You can guess what comes next. 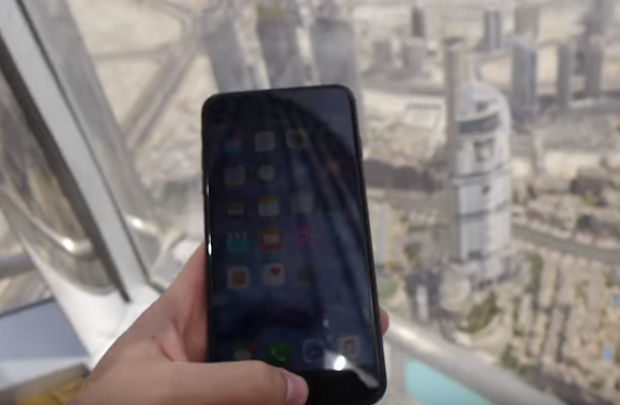 He throws a brand new iPhone 7 Plus from the top. I’m pretty sure you could kill someone down below with an iPhone, or at least hurt them severely, so yeah, this is a stupid stunt. I only watched it because I wondered if he was actually going to find the phone afterward. So now you have to watch it too.

I’m just hoping some other jerk throws a smartphone off a building and Rax is below. Or it would be cool if the iPhone survived and some stranger picked it up and walked off with it. That would be Karma.