When I first came across a press release for Pyle’s “1000-watt” boombox, the Street Blaster X, I had my doubts that a battery-powered portable sound system could achieve such lofty numbers. Now that I’ve had a chance to go hands on (and ears on) with this gigantic Bluetooth speaker, I’m really torn. This thing looks super cool, sounds quite good, and works with or without AC power, but it’s not exactly the Earth-shaking monster that its marketing materials might have you think. 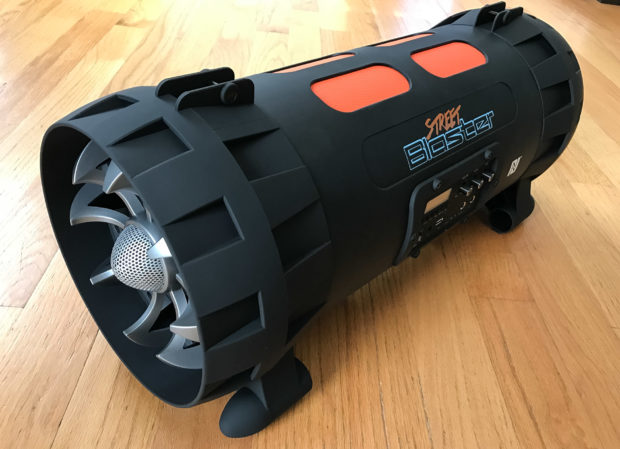 So let’s start with the good stuff. The Street Blaster X is a real attention getter. It looks like a freaking jet engine, with a rubberized black case, with orange details, and drivers which look like engine nacelles. Heck, they even light up with a warm glow as your music plays. The speaker is quite substantial, weighing in at 22 pounds, and measuring about 25″ long x 10″ in diameter. 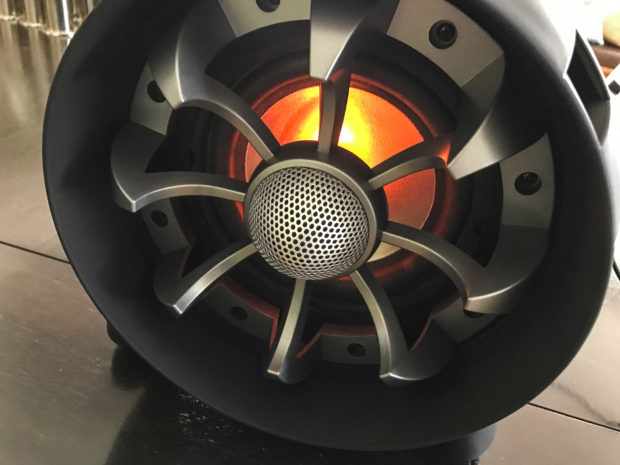 It’s quite versatile, playing audio from a variety of sources, including Bluetooth with NFC device detection, 3.5mm stereo jack, MP3 files stored on a USB flash drive, or even via a built-in FM radio tuner. There are also 1/4″ jack inputs for a guitar and/or a microphone. 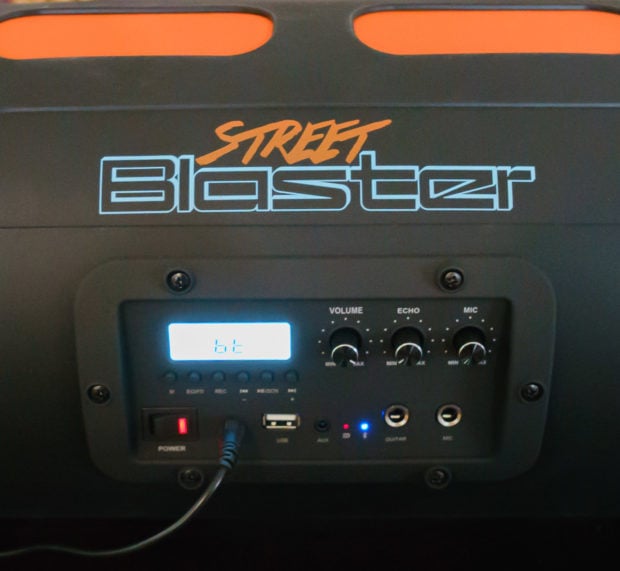 When you want to go mobile, it runs on a built-in lithium ion battery that’ll give you just north of 5 hours of playback on a 6 hour charge at medium volume. At full blast, expect about 2-1/2 to 3 hours per charge. 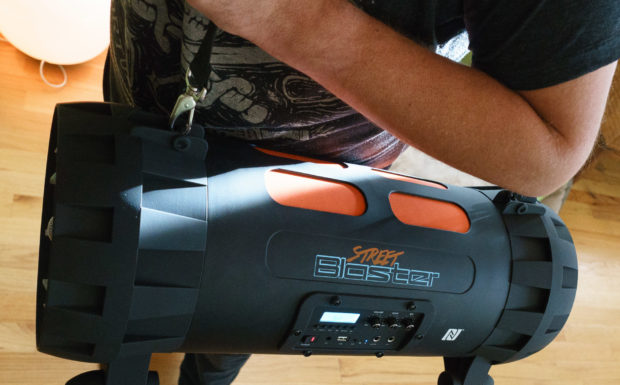 But what does this thing sound like? Well, to my ears, it actually is quite good, with bold and clean audio, with excellent imaging and separation, in part thanks to its side-firing drivers. It’s definitely louder when you’re standing to either end of the boombox, but I prefer the imaging when positioned between the two drivers. Other than a little bit of extraneous vibration at the very lowest frequencies, I heard little in the way of distortion, and my frequency tests showed relatively flat performance across 20Hz to 20kHz audible spectrum.

At full volume, it’s quite loud, able to deliver sound that readily fills a 20 x 25 room in my house, and audible in adjacent rooms. However, it’s not significantly louder than other large size Bluetooth speakers I’ve auditioned before. The Street Blaster X is about on par with the Marshall Stanmore (my reference speaker of choice) in terms of overall volume, a system which touts an 80-watt amplifier. Audio companies often have sometimes marketed peak power rather than continuous power (RMS) numbers, and I suspect that’s what’s going on here. Pyle doesn’t share continuous power numbers in its specs, and I don’t have a way to scientifically measure this, but if I had to guess, I’d bet the system has somewhere between 75 and 200 watts of continuous power capability. It should also be noted that peak volume drops down about 20% or so when on battery compared to AC power. 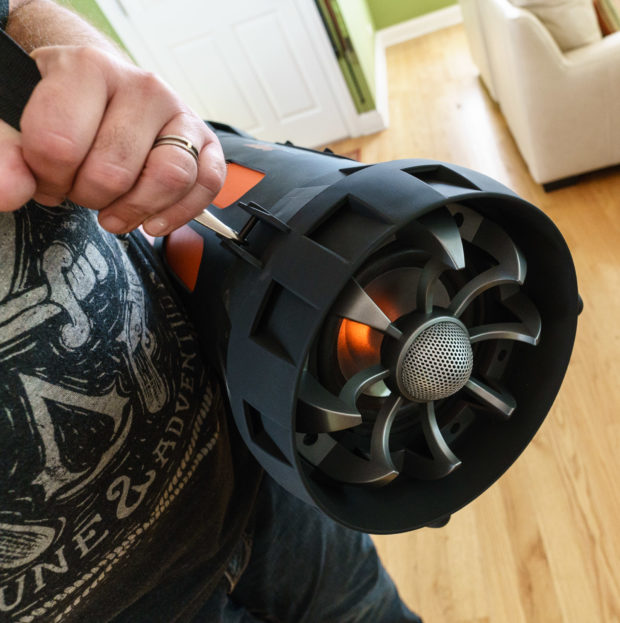 That all said, the Pyle Street Blaster X is still a very good party speaker, and should offer plenty of volume for most uses. It’s just that I was hoping that something that looked like a jet engine and purported to have 1000-watts of power would literally rattle the walls and my bones. That it does not. Still, I have a hard time saying anything else bad about this speaker. 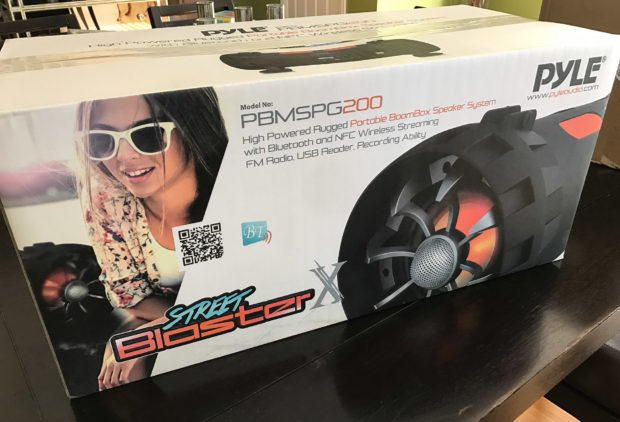 They Pyle Street Blaster X lists for $289(USD), but you can grab one over on Amazon now for just $239, which I think is a very good value as large wireless speakers go.