I never really put much thought into what it would cost to actually make and operate the things we see in sci-fi movies. Take the Death Star for instance. It never crossed my mind to think about how much it would cost to build. Estimates peg that cost at $852 quadrillion bucks if you are wondering. 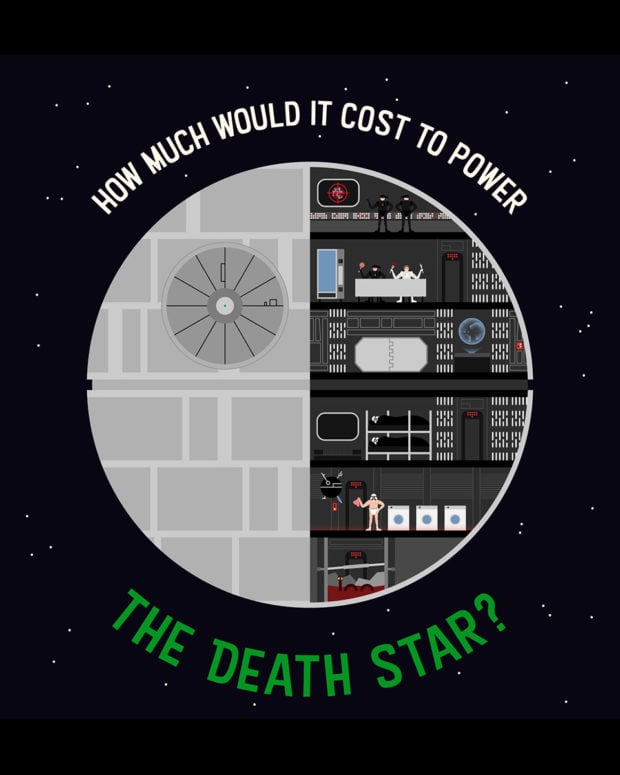 As it turns out, the cost of building the Death Star would be a drop in the ocean of money it would take to run the thing on a daily basis. You can check out the infographic below and see more detail, and to find out just how much it would cost to operate.

Ovo Energy got help from real scientists, and they estimate that it would cost £6 octillion (~$7.58 octillion USD) daily to power the Death Star. I don’t even know how many zeros that would be. What we do know is the amount is 30 trillion times more money than there is on all of the Earth. Good going, Darth.