Universal Studios Japan has announced that it will be opening its new Super Nintendo World section of the theme park in time for the 2020 Olympic games, which will be held in Tokyo. The theme park is located in Osaka and will be adding a number of Nintendo-themed attractions and shops that are aimed at people of all ages. 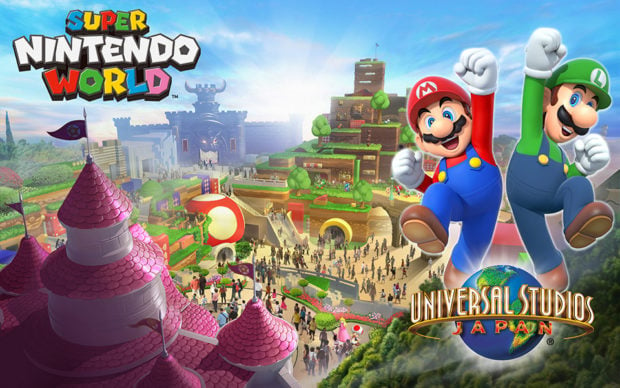 The art you see here was released along with the information and clearly shows Princess Peach’s castle in the foreground, Bowser’s castle in the background and a blocky Super Mario level in between.

The attractions will be massive from the looks of it, and this should be cool for Nintendo fans. You can bet Mario and his pals will have a big role in the theme park.