Many many years of cartoon watching experience would lead me to believe that when a truck filled with marbles crashes, cars would slip off the road, with people basically running in place as they slip on millions of marbles. I mean a spilled truckload of marbles could only be slightly less dangerous than a spilled truckload of banana peels if my information is correct.

For better or for worse, that’s not what happened when an 18-wheeler filled with 38,000 pounds of marbles poured its payload all over the road. 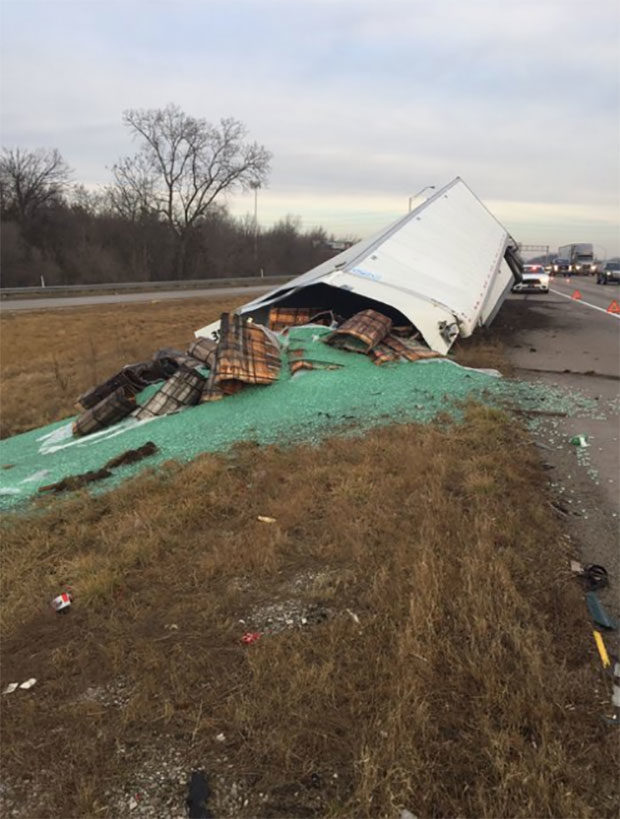 Possibly the best part of the crash, which no one was hurt in so I feel better poking fun at it, was the tweet from Sgt. John Perrine of Indiana State Police. Clearly Perrine has a sense of humor, as he tweeted that “a truck driver has lost his marbles.”

#Breaking A truck driver has lost his marbles…

This is the perfect use of Twitter by police agencies, and should make it to the manual. Also, I’d like to know who ordered and why exactly they need 38,000 pounds of marbles.