We’ve seen plenty of Super Mario Bros. dioramas, but most of them just stand still. Not this one. Jason Cichon created an actual moving side-scroller based on the classic Nintendo game, using LEGO bricks as his medium. 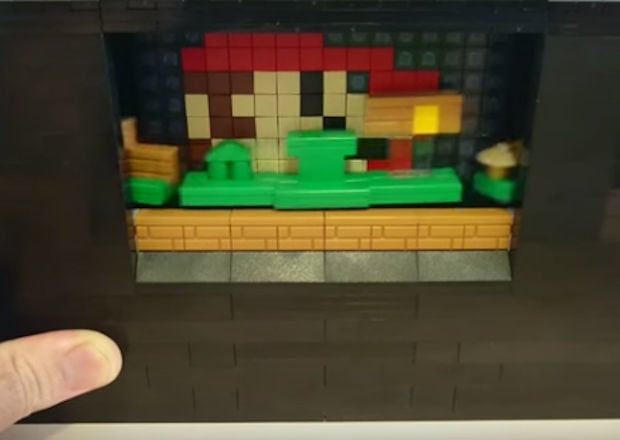 It took Jason eight days to build this after designing it and waiting for the parts. While we don’t know anything about its inner workings, I would guess that this would be a complicated build for most of us. Jason says that he had a few challenges to get it working smoothly, but he is happy with the results. Check it out:

It is a great moving diorama that any fan would be happy to display in their home. It is too bad that we can’t buy one like it off the shelf.