iPhone Jenga Is the Most Expensive Jenga Tower Ever

The folks over at Unbox Therapy got an idea into their heads to play Jenga with a bunch of iPhone SEs. That phone costs at least $399 for each unit and their little Jenga game needed 108 of them. Do the math and that works out to over $43,000. That is one expensive game of Jenga. 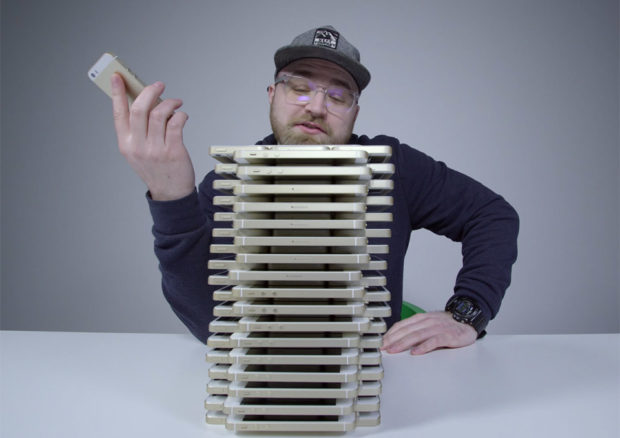 For the game they unboxed all of the phones and then stacked them into a rough Jenga tower. I say rough because it lacks the smooth sides you expect in Jenga. To make the iPhones look more like Jenga pieces, they put dbrand bamboo skins on each of them to make them look like wood.

If you’re nervous that 40 grand worth of iPhones are about to land on the ground, you’ll have to watch the video to see how things turn out:

Now that the game is over, Unbox Therapy is giving away all of the phones in a contest. For your chance to win one, just follow the Unbox and dbrand instagram accounts. Winners will be posted here.