If you’re like me, your garage is filled with all kinds of stuff – tools, boxes, bikes, lawn equipment, and, oh yea, cars. One of the most annoying things about looking for stuff in there is that regular light bulbs don’t do a very good job illuminating the place. That’s where the Striker TRiLIGHT comes in. This super-bright LED light is designed to light up garages, workshops, basements, and other spaces which usually just have a bare light bulb. It screws directly into a standard E26 bulb socket, so it installs anywhere in a snap. 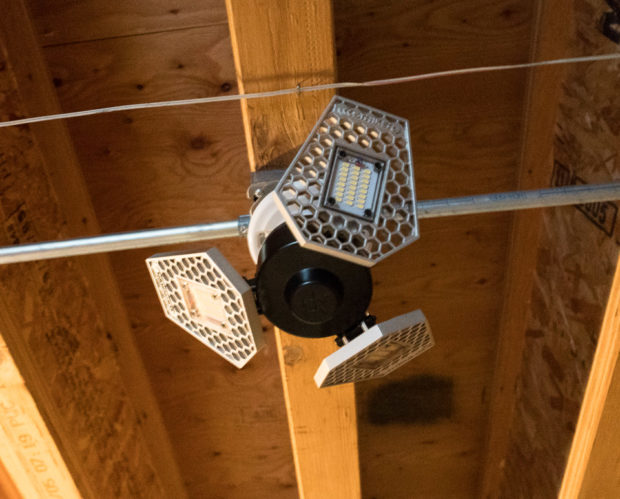 Striker’s unusual looking fixture has three cast metal blades which each pack an array of 24 individual white LEDs. According to my math, that’s 72 LEDs, though the Striker website says it has 63 LEDs. I’m not sure why. The blades can be angled from slightly upward to straight down, so you can do things like aim one panel down to flood the center of your garage, and aim the other panels more upwards to make sure your walls are well lit. The TRiLIGHT also has a motion sensor built in, so it can automatically turn on when someone enters the space, and turn back off when they leave. 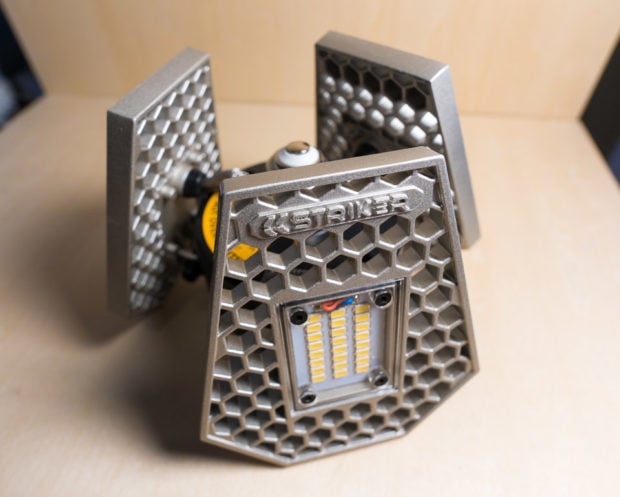 I recently upgraded the bulbs in my garage from old 60-watt incandescent bulbs to a couple of 10-watt LED bulbs, which improved things a little bit – but nothing like the 25-watt TRiLIGHT. And if you’re coming from an incandescent bulb directly to the TRiLIGHT, the difference is dramatic. 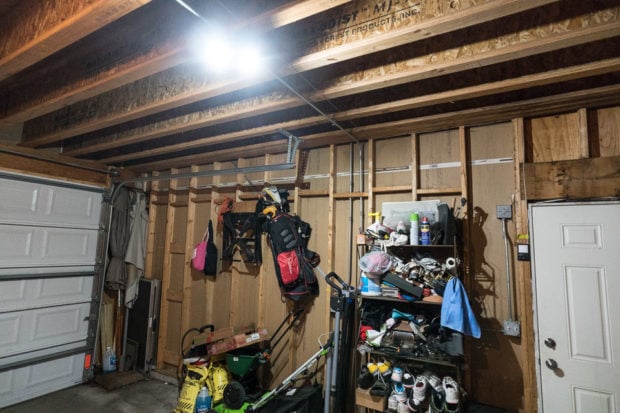 This thing pushes out some serious light – approximately 3,000 lumens – and rather than just casting a vague field of light, you can aim the light where you need it. As you can see from the comparison photo below, the TRiLIGHT is significantly brighter than the standard 10-watt LED light bulb on the left side. 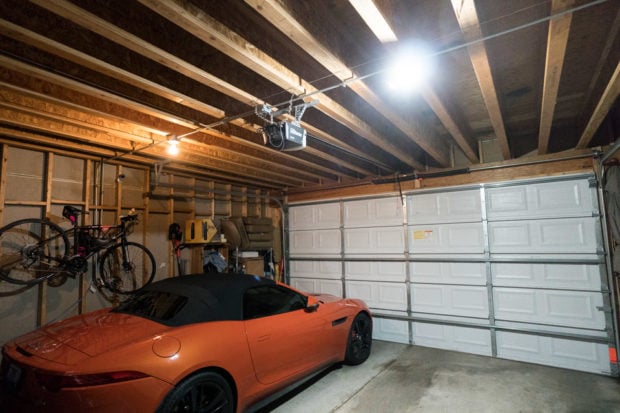 If you’ve got a dark space you want to light up, the Striker TRiLIGHT is perfect. You can buy one now over at the Striker online store for $129.99(USD), but for a limited time, Technabob readers can get 20% off with the coupon code TRILIGHT-TECH. 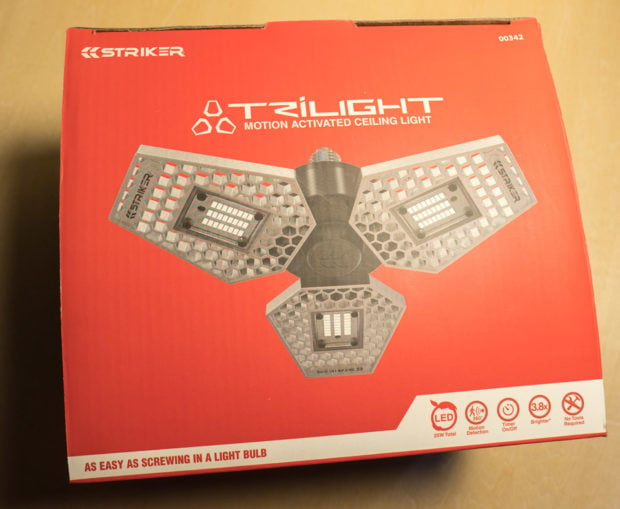