E3 is going on right now and one very cool announcement has come from the show already. Ubisoft is working on a new game called Skull and Bones and it’s a pirate game that centers on naval combat. It looks pretty awesome. 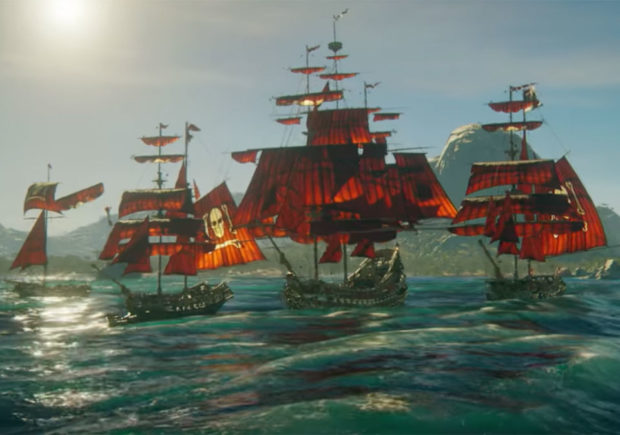 The multiplayer action game is based on the ship combat from Assassin’s Creed IV: Black Flag. I played that game A LOT and never did I stick to the normal story mode. Nay, I sailed the high seas and blasted the snot out of other ships, and captured and plundered, and enjoyed every second of it. The ship customization offered in that game made what I think was meant to be an ancillary part of the game the main course for me and many other gamers, I’m sure.

Skull and Bones expands on Black Flag’s gameplay, offering up multiplayer action on the high seas, as you must fight off other pirate ships while scrounging up as much loot as possible. You can get a look at some early pre-Alpha gameplay footage from Skull and Bones in the video below:

It looks pretty great, but Skull and Bones is a long way off though, with a launch date of fall 2018 for PS4, Xbox One, and PC. The game will be in a shared world and you can sail and plunder alone or with friends.