When he’s not creating awesome video games like Superhot, developer Marek Baczynski is giving vegetables the ability to roam the land. Marek recently gave a potato the freedom to travel on its own. The self-driving potato, named Pontus, runs entirely on its own electricity too. 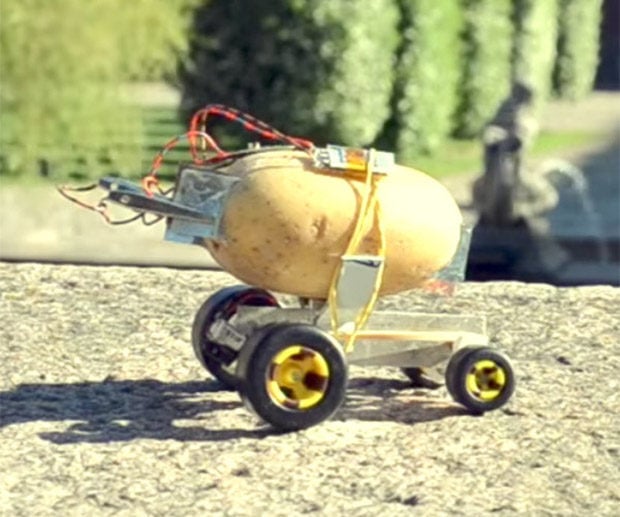 As you can see in the video below, it is hard not to love a self-driving potato. I guess that’s why Baczynski adopted it as a pet. But Pontus had a destiny that would not be denied. In the end, he just wanted to get baked like any potato. And I don’t mean with Mary Jane. Sad story really.

If you want to build your own self-driving potato, Marek shared his detailed list of parts used on reddit. I hope your potato drives for a long time.

[via Hackaday via Laughing Squid]