At the 2017 Brickworld Chicago convention, Beyond the Brick founder Joshua Hanlon met up with LEGO enthusiast Tom Atkinson to talk about and take a tour of what is apparently now world’s largest LEGO Great Ball Contraption. 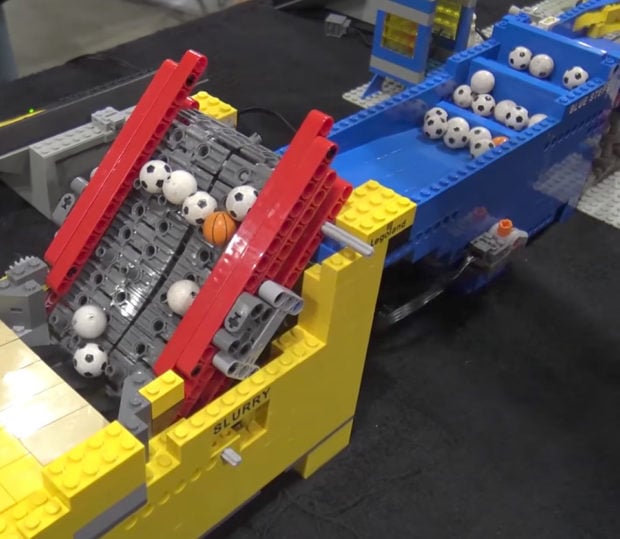 This giant LEGO machine is comprised of more than 200 modules, individually by a number of LEGO enthusiasts, then connected together. It’s such a complex and enormous build, and sometimes modules fail on a regular basis.

It takes a lot of work and dedication to create such impressive LEGO machines. I love watching these contraptions do their thing and it amazes me how skilled the people who build them are.