Watch The Omnicopter Drone Play a Game of Catch

Fathers and sons do it, people do it in the park with their dogs, and Baseball players do it professionally, so why not let the robots get in on a fun game of catch? They want in on this human pastime too. And guess what? They are doing it. The Omnicopter drone is pretty good at it. It won’t be long before robots everywhere are tossing the ball to one another and forming their own Baseball teams. 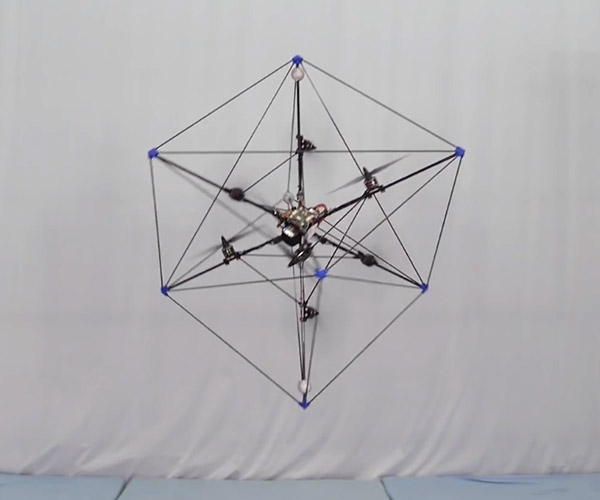 It’s happening thanks to Swiss mechanical engineer Dario Brescianini and ETH Zurich professor Raffaello D’Andrea, who worked together to create this unique aerial vehicle. This drone is a super agile omni-directional drone that can fly in any direction, at any time, meaning it can change flight vectors much faster and more reliably than traditional quadcopters. That tech is the key to its success at this game. The drone is able to play a game of catch by adding a “computationally efficient trajectory generator.” So basically, it’s able to watch where the ball is being thrown, rapidly calculate its flight path, and make its way to where the ball will be in time to catch it.

The Omnicopter never fails to catch the ball, and never drops it. It is the perfect outfielder since it knows where the ball will be ahead of time. Sure, it’s impressive, but talk to me when it can swing a bat and hit a home run. We will probably see that next week.