This Rubik’s Cube Candle Is Only for True Masochists

When I was a kid, solving a Rubik’s Cube was considered an extremely difficult task for most. These days, there are armies of kids who can solve a Rubik’s Cube in seconds. So now they’ve moved on to increasingly more complex cubes to add to the challenge. But puzzle guru Tony Fisher has another idea to make solving even a standard 3x3x3 cube far more difficult. Light it on fire. 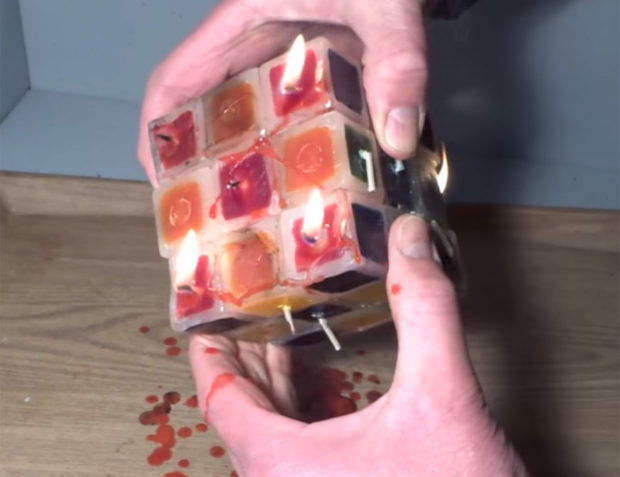 What you’re looking at here is an unusual Rubik’s Cube which has been made from candle wax. It’s got wicks in many of the cubes, but also some which are unlit so you at least have a slight chance of being able to solve the puzzle without burning the skin off of your fingertips.

Even with just some of the wicks lit, I’m amazed that Tony was able to solve the puzzle before it melted down into a pile of mush, and that he still has all of his fingers intact. Needless to say, don’t try this at home.