When it comes to geeky collectibles, I love me some whimsical plush toys. They’re squeezable and great for tossing around on the couch. Just don’t let the dog get ahold of them. Now, Mezco Toyz has released a new series of collectible plush toys which are more flat than your typical plump plushies. 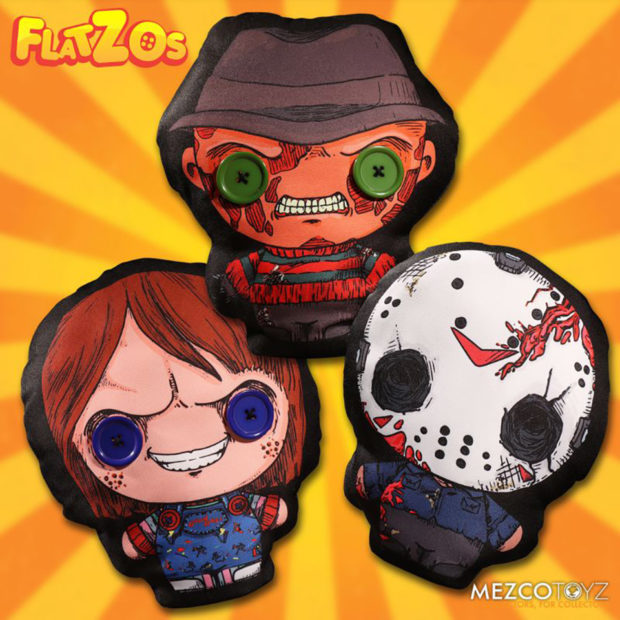 The new Flatzos collection features flattened-out plush dolls based on pop culture characters, with oversized heads and small bodies. The first three toys in the series are based on iconic horror villains Freddy Krueger, Jason Vorhees (a jolly good fellow), and Chucky. 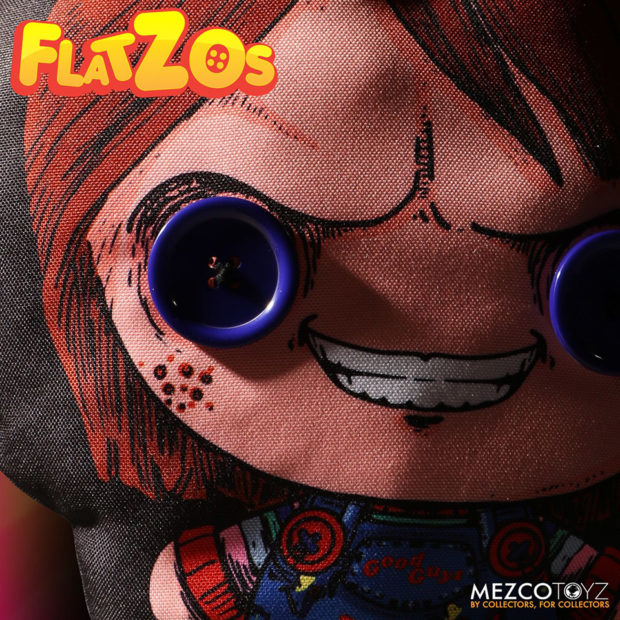 They measure about 12″ tall each, and have a vibrant full-color print of the character on front. Both Freddy and Chucky also have creepy button eyes, but we just have to imagine that Jason’s are hiding behind his ski mask. 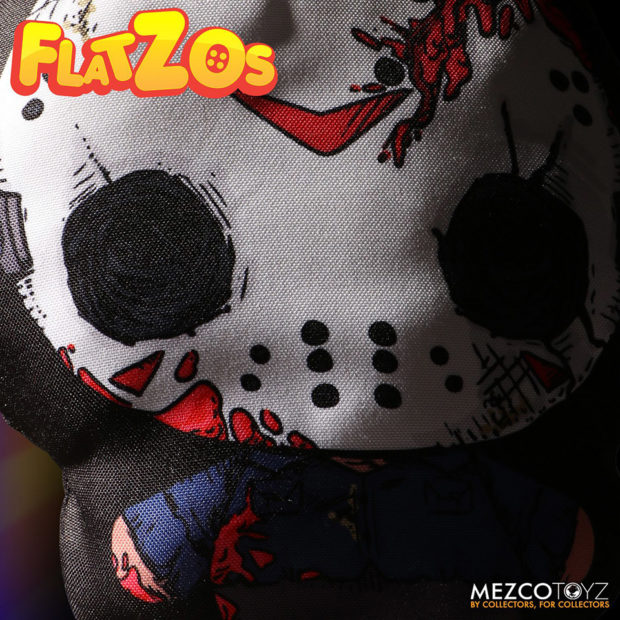 All three toys are available for pre-order now, and are priced at $14 each, or $42 for the set of three. They’re expected to ship sometime between June and August 2018. I’m hoping that they’re a hit, since I’d love to see Mezco add lots of other characters to the series. 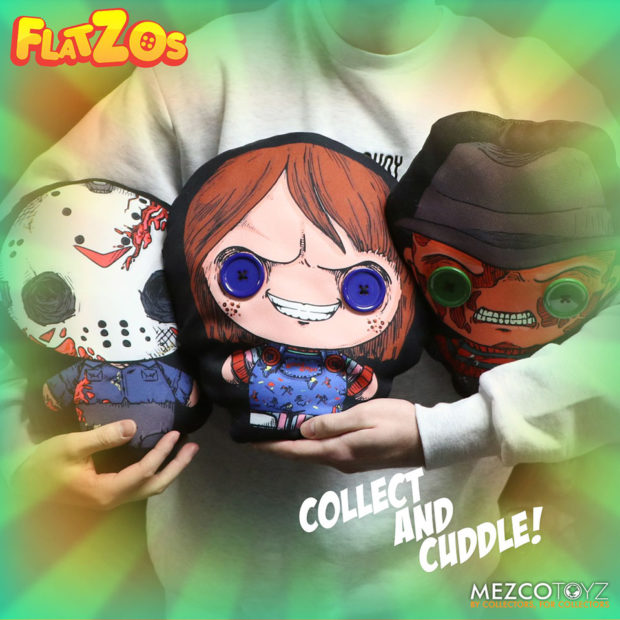