Donkey Kong Barrel Coffee Mug: How High on Caffeine Can You Get?

Some of the most iconic objects in the history of video games have to be the barrels that Donkey Kong tosses at Jumpman as he climbs girders to rescue his princess. Jumping over those barrels and smashing them with a sledgehammer were the key gameplay mechanics of Nintendo’s breakout arcade game. Now you can celebrate this classic video game object every time you take a sip of coffee. 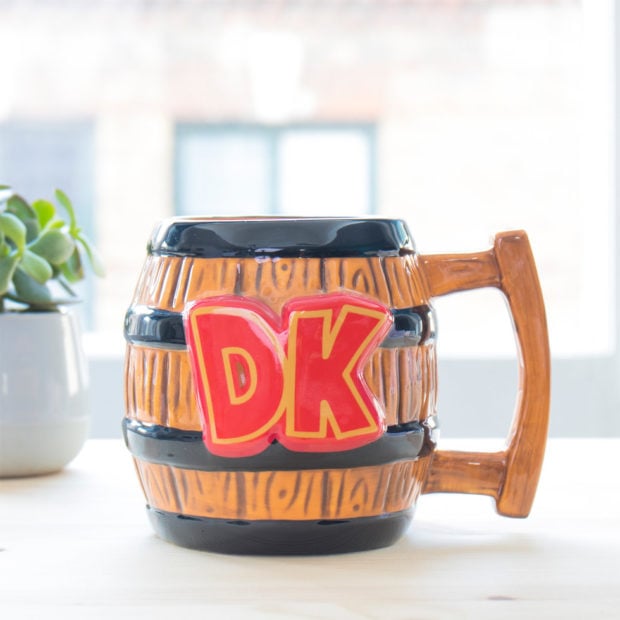 I wondered what was inside those barrels – I always assumed it had been banana juice, but it turns out it was coffee. This officially-licensed Donkey Kong barrel mug is perfect for sipping your favorite caffeinated beverage, or even as a pen caddy on your desktop.

It’s actually based on the DK Barrel from the Donkey Kong Country series, which freed a defeated Kong when you smashed it. I don’t recommend smashing this one unless you want to throw your money away and get hot coffee all over your lap. It’s available now over at Firebox for just about $18.