GuardBot Is A Roly-Poly Surveillance System 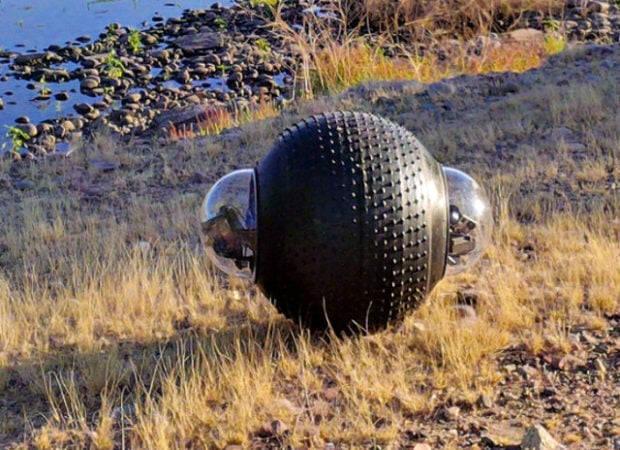 Even though GuardBots sounds like a kickass 80’s cartoon and the tagline “Robotic rolling ball surveillance system” needs its own song, these ‘bots are for serious security needs. It can roll around for up to 25 hours on a charge, surveying the scenery and capturing remote video to keep an eye on the place. Aside from surveillance, its creators also hope “to develop it as a companion bot for patients with dementia and for sports broadcasting.” Now that’s an unusual combination of use cases. They will be available in several sizes from 5-inches to 7-feet in diameter and cost up to $100,000, so they’re definitely no toys. 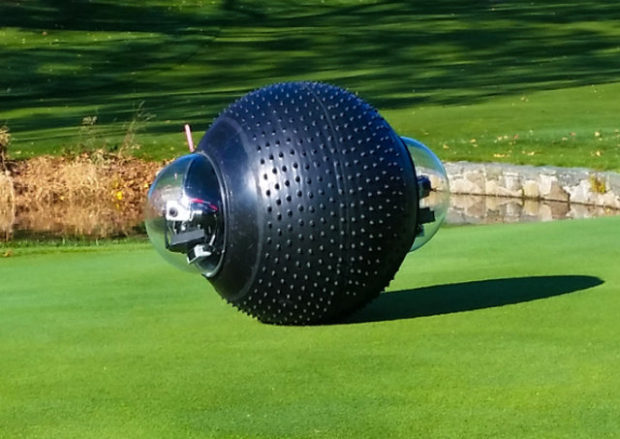 This round robot can go anywhere and it looks kind of creepy watching it do his thing. I think it’s the clear areas on each side. It reminds me of a fly, but a fly with no body, whose head just rolls from place to place. Maybe striving to put right what once went wrong. And hoping each time that his next roll will be the roll home…

GuardBots roll out! Yeah, these bots need their own show, and I volunteer to be head writer. 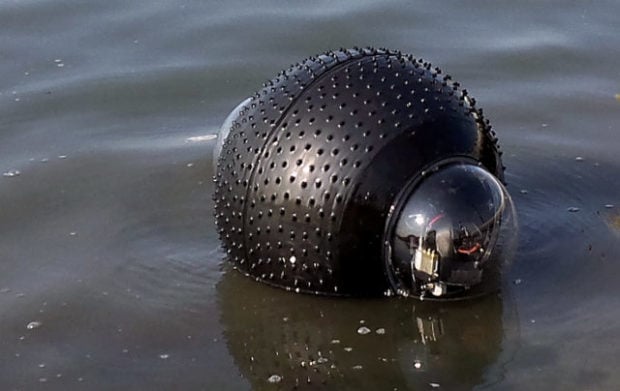