The World’s Longest Lightsaber (Don’t Try This at Home)

One of the things that nerds complain about is how lightsabers work in the Star Wars movies. Because as we all know, lasers don’t go to a certain length and then just stop. I mean, theoretically a lightsaber should go one forever, cutting through everything in its path. 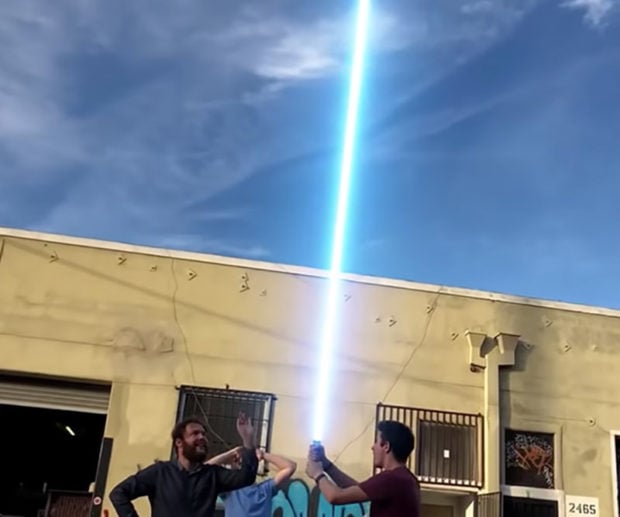 This video from Corridor has some fun playing with that very idea. Sure, Star Wars is a fictional world and in that world, there are very good reasons to have them work the way they do.It’s just a cool light sword okay? But in the real world, a laser with an unlimited length would present many problems. It could carve open your ceiling, hit planes in the sky above you, and if you swung downward, it would probably cut into the Earth’s crust – and if you kept cutting, you could possibly split the planet in two.

So basically, lightsabers are not a good idea in the real world. If you build one, don’t aim it downward and cut Earth in half. I live here.

[via Tastefully Offensive via Neatorama]