If you ever watched the original Star Trek TV series, you might remember an episode called “The Enemy Within.” I’ve never seen that episode, but apparently, it involves Kirk and crew using phasers to superheat rocks until they glow to survive a planet where the temperature drops to 120-degrees below zero. ThinkGeek turned up at San Diego Comic-Con this week showing off a sweet light-up rock based on that episode. 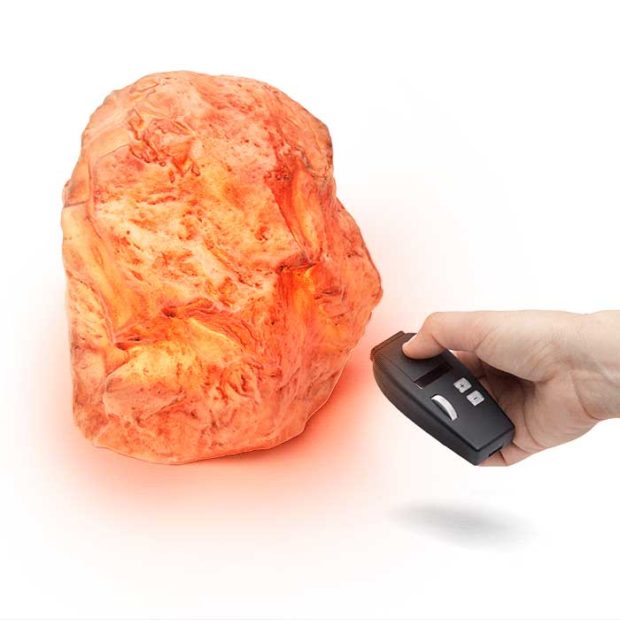 The hand-painted “rock” comes with a remote control that looks like an original series phaser. It has two modes, with one that “heats” the rock making it slowly glow brighter and another mode called “atmosphere,” which produces a variety of colorful lighting effects. The rock can even dim slowly over ten minutes as if it’s cooling down from its intense heat.

Trekkies looking to get their rocks off can do so at ThinkGeek for $69.99. 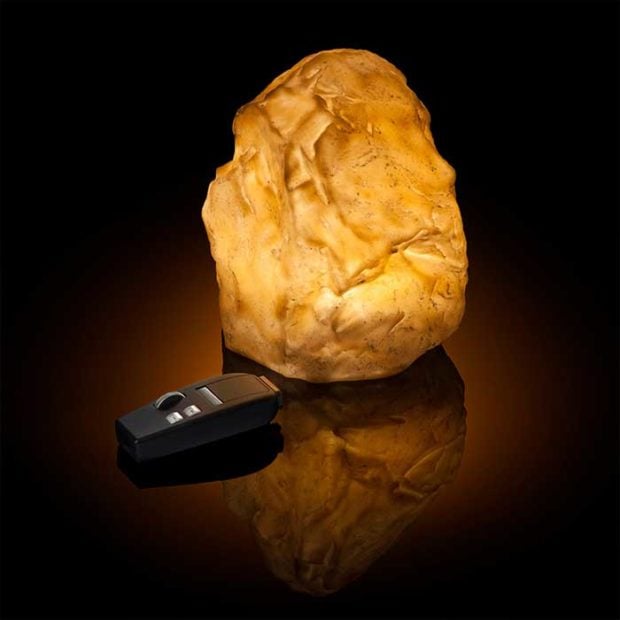