Lost in Space fans will want this collectible B-9 robot action figure based on the episode of the sci-fi series called “The Anti-Matter Man.” The robot has different colors than the similar toy we talked about back in 2015, because this one is from the opposite world. 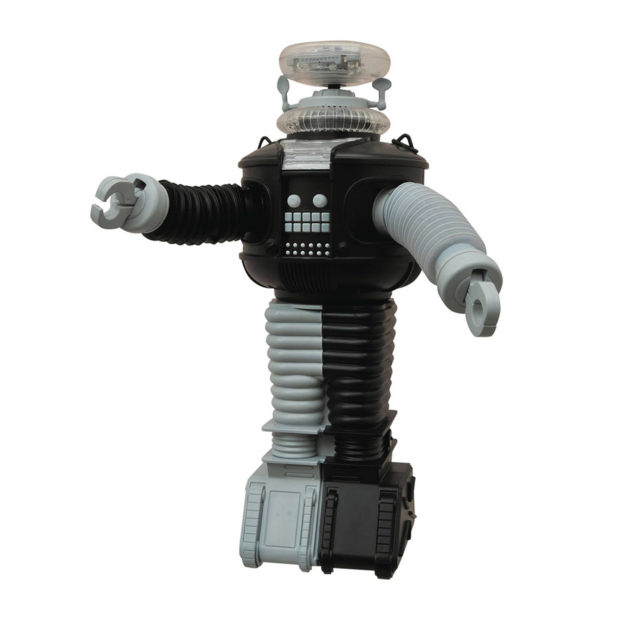 The Diamond Select action figure has lights and sounds taken straight from the TV show. Lights flash in its head and on its chest when turned on, and the press of a button triggers some anti-matter dialog. The toy will say “This is the opposite world,” “So you’re the goody-goody one,” and “I don’t need help from you, punk – get lost!” Check it out in action in the video below:

The toy also has a head you can manually raise and lower, and claws that open and close. The figure sells for $39.99 at Entertainment Earth and will ship in June 2019.