South Korean LEGO Certified Professional Wani Kim has recreated the Death Star Trench Run scene from Star Wars: Episode IV – A New Hope with his team, Olive Seon and it is a thing of beauty. This is a true LEGO masterpiece. 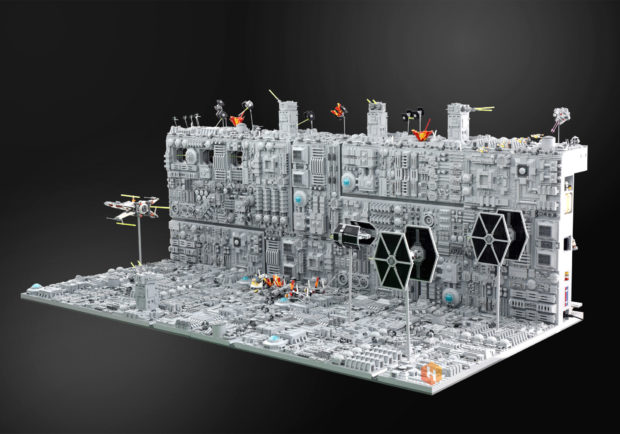 It’s pretty huge at 8.79 ft. long by 4.49 ft. deep and stands 3.60 ft. tall. It features some amazing detail. It even has explosions and sparks on Luke’s X-Wing and the Y-Wing from Lord Vader’s pursuit in his TIE Advanced along with another pair of TIE Fighters. This is version 3.0 of Kim’s diorama, and is the biggest version. The other two versions were built to be store installations so their size had to be kept smaller. 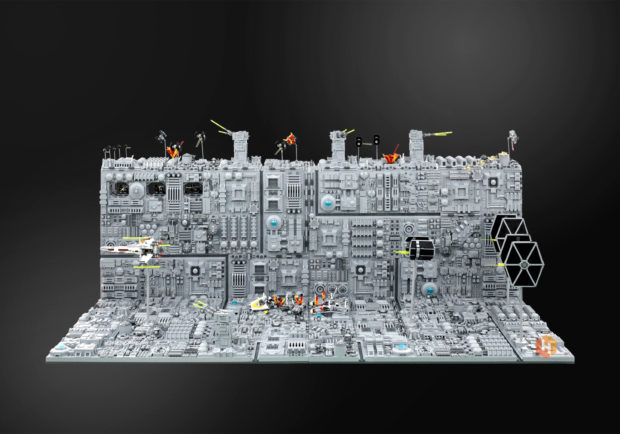 This piece consists of around 80,000 LEGO elements and 100 minifigures. That’s right, it’s populated with minifigs too, but those are in the back, where there’s an interior of the space station, which is equally detailed, with tractor beam controls, Vader’s chamber, detention cells, a locker room and more. 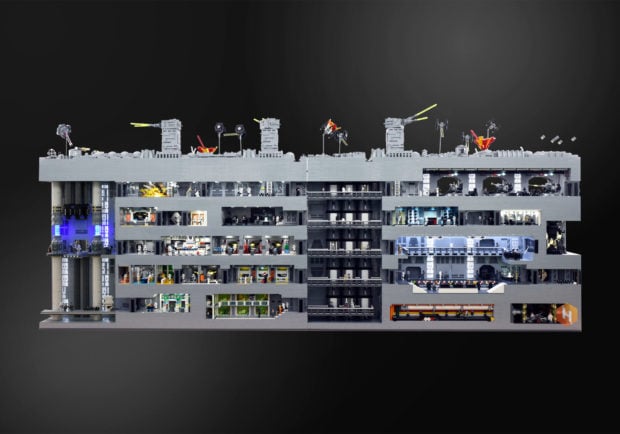 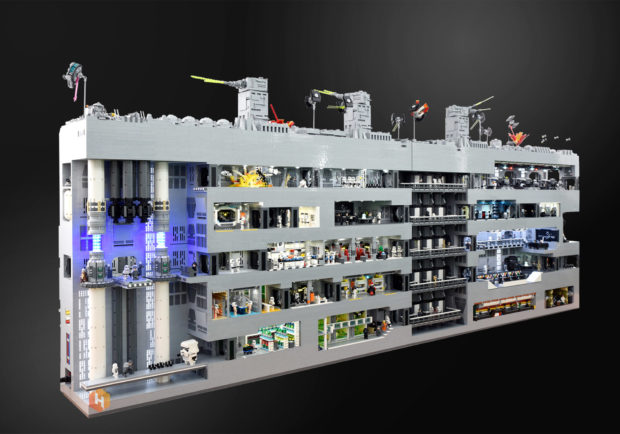 The entire thing lights up too thanks to a power supply, and many, many LEDs. An Arduino board coordinates the various lighting effects to recreate the scenes from the movie. How many thousands of dollars would this cost as an off-the-shelf LEGO set? 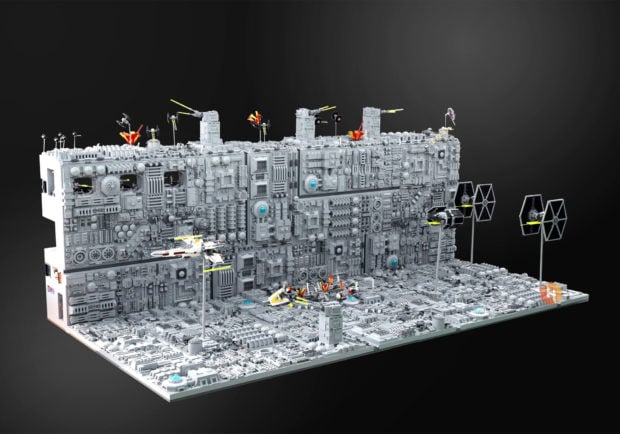