Look at this cute little six-wheeled robot. It’s pretty adorable and is designed to deliver small goods. Specifically, Amazon’s Scout robot is delivering packages to customers in a neighborhood in Snohomish County, Washington. 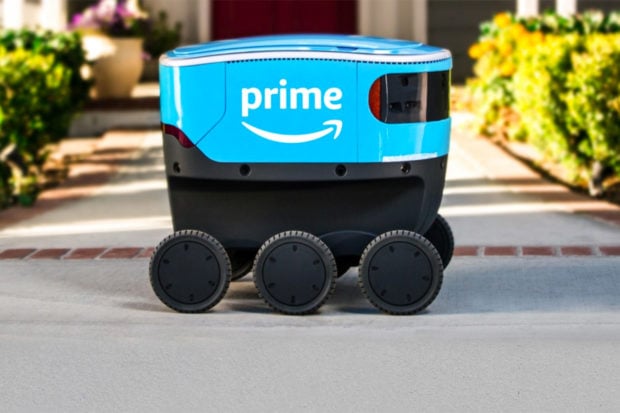 The ‘bot is about the size of a drink cooler and rolls along sidewalks at walking pace. It can avoid pets and people on its trek. To use Scout, the customer in the served neighborhood orders as they usually would, and products can come via Scout or regular delivery service. Unfortunately, there is no option to choose Scout specifically, because I’d do that all the time.

The Scout fleet currently has six robots and initially, they will be followed by an Amazon employee, though they will cruise the route autonomously. Scout will only work Monday through Friday, during daylight hours. One can only imagine these could be used in good neighborhoods once unsupervised, or they’d all get picked up and stolen because they’re so adorable.