On January 20, 1982, in Des Moines, Iowa, singer Ozzy Osbourne bit off the head of a dead bat thrown on stage by a fan, in front of a crowd of 5000 people. There is apparently some debate on whether he really did it or not, but the stunt made rock history anyway. Well, it’s the 37th anniversary of the incident and to celebrate it, there is now a plush version of the infamous bat with a detachable head. 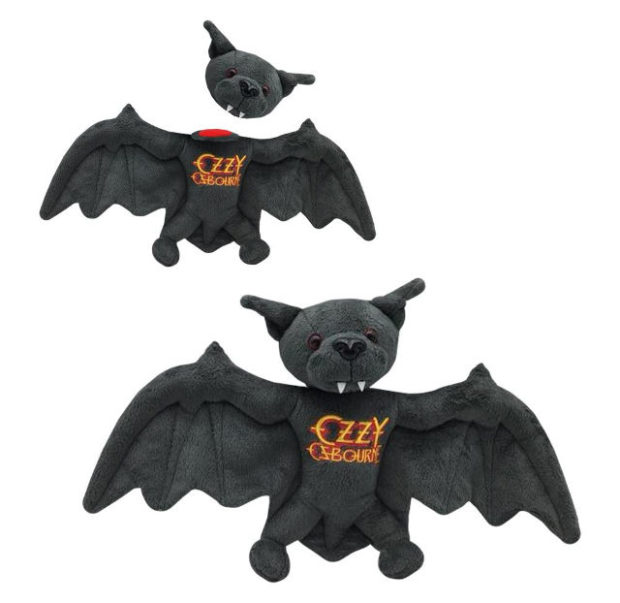 You could never get away with this stunt today, real or not, because PETA would hound you forever. If you want, you can pretend that you are Ozzy on stage, and take a bite out of this thing if that’s what you’re into. There’s no actual blood in this plush toy, but if there were, this would be more of a slushie than a plushie.

It’s a cute plush when it’s head is on anyway. The first batch of these toys went up for pre-sale and is sold out. We have no idea if there will be more. If you see them for sale, buy it like a bat out of hell. Oh wait, that’s Meat Loaf. Anyway, no threat of rabies with this bat. Bite it all you want.