Mannequin Head Sliced in Half Is the Stuff of Nightmares

A decapitated mannequin head is disturbing enough on its own, but things get even more creepy when the guys from the Waterjet Channel get their hands on a mannequin head, and subject it to their powerful 60,000 PSI waterjet cutter. 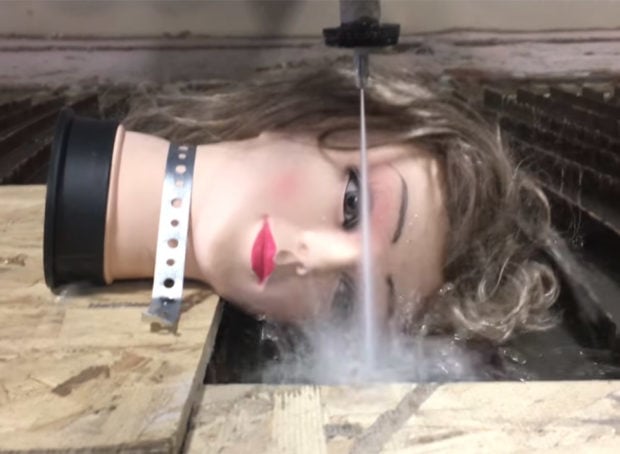 This is some seriously warped stuff, as they first open up a mysterious box from a fan in Germany. You can guess what’s inside the box. WHAT’S IN THE BOX?!?!? Yes, there really is a severed head inside this box – only it’s made of plastic and foam filling thank goodness. Still, watching this thing lose the top of its head is quite disturbing. If you’re squeamish at all, look away.

I bet she has a splitting headache now, huh? The only thing nastier would be if the thing were filled with some fake brains and blood.