If and when you ever find yourself face to face with an attacker, a canister of pepper spray can help you fend off the bad guy and beat a hasty retreat. But just because you carry a can of pepper spray on your keychain doesn’t mean it needs to be ugly. Why not go for one that’s shaped like a llama? 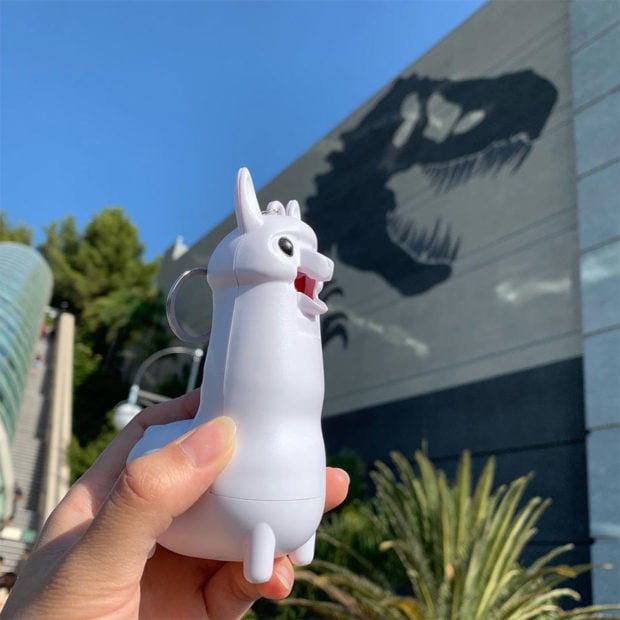 Pepperem’s silly looking self-defense spray works just like a real llama, an animal which is known to spit as a show of dominance… except this llama spits eye- and throat-burning capsaicinoids, which are sure to leave any would-be attacker rolling on the ground and crying like a baby. Good llama!

The llama has a spitting range of 10 feet, and can fire up to 25 bursts of nasty pepper spray. Despite its playful looks, this thing is not a toy, and it has a safety lock on it to prevent accidental deployment. According to Pepperem, the pepper llama is legal in all 50 states, though you’ll want to double-check your local laws before you buy.

These things look pretty cute by themselves, but when you line up an army of pepper llamas, they start to look really intimidating. 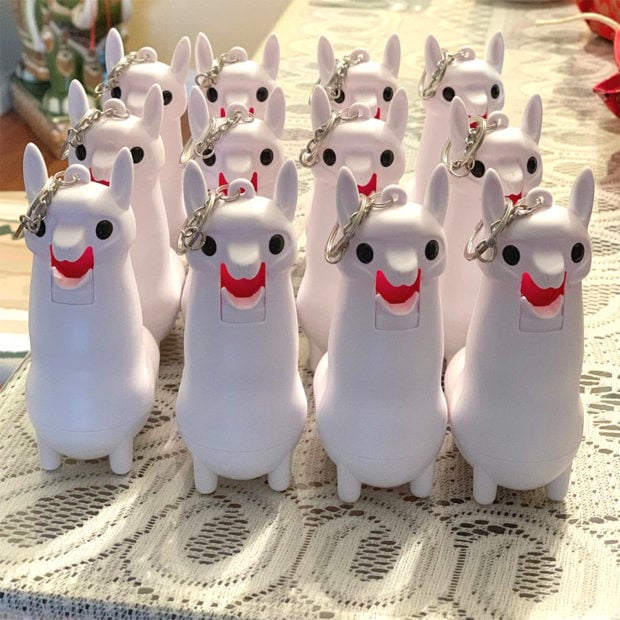