Star Wars fans, it looks like there are a couple of nifty new LEGO sets coming that you’ll want to add to your collection. This duo of Stormtrooper and Boba Fett busts do a great job replicating the curves of the on-screen helmets, and will look great sitting on your bookshelf. 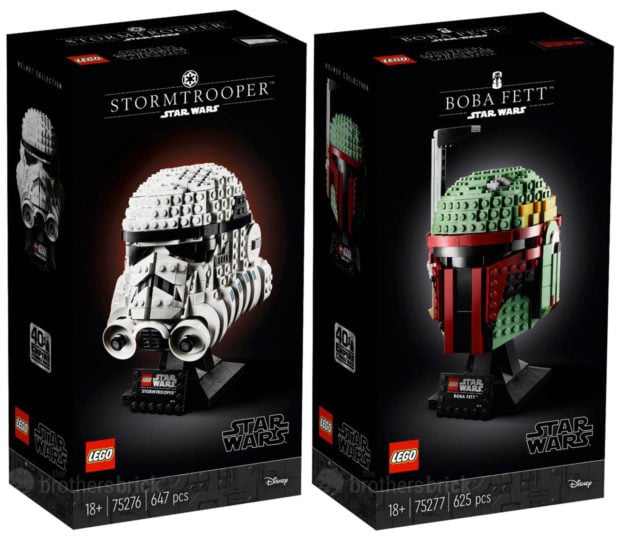 The pair of LEGO Star Wars busts turned up on the Facebook page of retailer ToySanta, though they have yet to be officially announced by LEGO. Set number 75276 – Stormtrooper features 647 pieces, while set number 75277 – Boba Fett comes with 625 bricks. Each one comes with a stand, and character name plate as well. It’s hard to tell how big the finished models will be. While I’d love for them to be life-sized helmets, I’m guessing they’re more like half-scale.

Prices have yet to be announced, but they’re expected to sell for somewhere around $70 to $80 USD. I’m guessing they’ll both be out by May, as both boxes show icons celebrating of the 40th anniversary of The Empire Strikes Back, which came out on May 21, 1980.