The original Star Wars trilogy is packed with memorable moments. Among them was the scene in Return of the Jedi where Princess Leia, wearing not much more than a metal bikini, uses the very chains that bind her to strangle her captor, Jabba the Hutt. This scene has been immortalized in LEGO form, and would make an amazing centerpiece for any Star Wars fan’s collection. 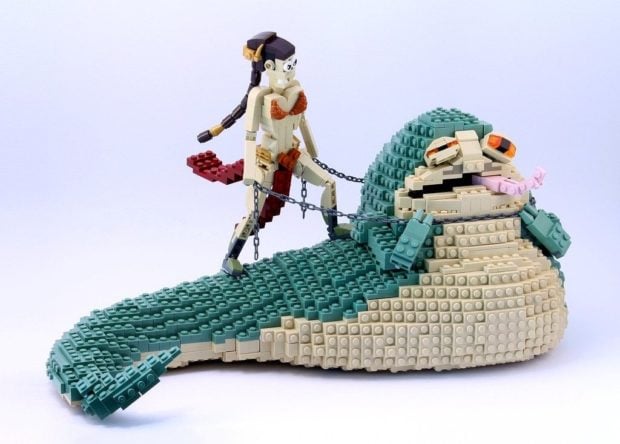 LEGO artist Iain Heath aka Ochre Jelly created this incredible one-of-a-kind sculpture that brilliantly captures that classic scene. I love how he managed to create the curves of Jabba’s blubbery body by stacking bricks, and how he captured the expression on Jabba’s face as he sticks his tongue out for one last gasp of air. 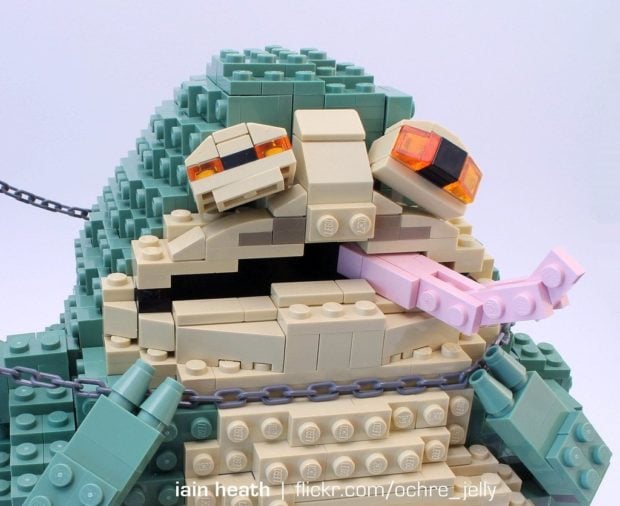 The sculpture is made entirely from LEGO bricks, and held together entirely with regular LEGO connection points, though Iain says he’ll hit it with some glue at critical points to make sure that it stays together forever. If you want this LEGO Star Wars masterpiece, it’s available from the Bricks of Character Etsy shop for $299.99. Also, bonus points for Leia’s croissant bikini. 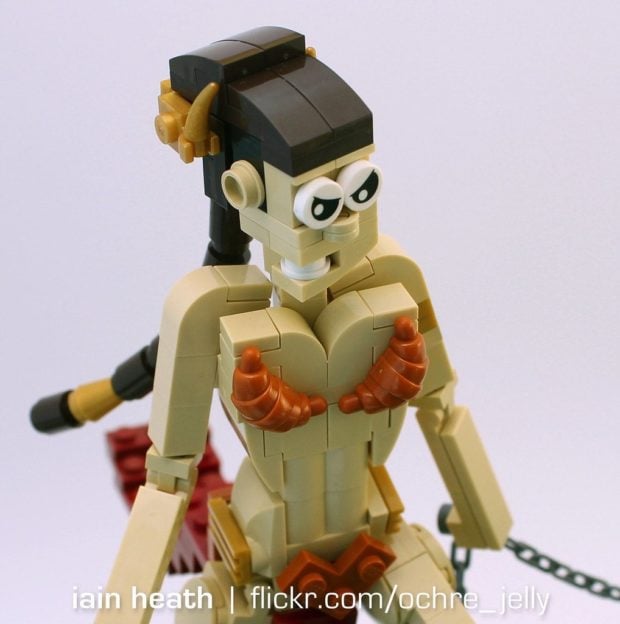